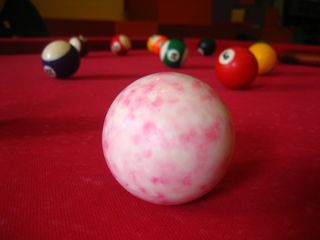 A dizzying array of particles, forces and fields dictate the subatomic basis for everything we see.
(Image: © Iwan Gabovitch/Flickr (CC BY 2.0))

To visit a truly strange land full of wonder and mystery, you don't have to sneak through a magical cabinet, ride a flying creature that shouldn't be able to fly or jump recklessly through a portal into another dimension. No, all you have to do is crack open your particle accelerator and look down, down, down.

At the subatomic level, the true variety and splendor of nature is on full display, with a dizzying array of particles, forces and fields all whizzing and whirring about, governed by nearly-inscrutable laws of physics. Yet, somehow, rather than creating a chaotic mess, all their complicated interactions produce the regular, orderly, patterned macroscopic world that we're familiar with. [Strange Quarks and Muons, Oh My! Nature's Tiniest Particles Dissected (Infographic)]

One can understand that tiny world as segregated into a strict hierarchy, with clear lines between the rulers and the ruled, between those who sit comfortably in their stable castles and the lowly peasants who actually get the work done. The interactions among the various denizens are set in stone by immutable rules: There is a place for everyone, and everyone has a place.

It's good to be the king

At the center of it all are the most massive stable particles: the up and down quarks. Their longevity allows them to bind together into nearly impregnable fortresses: the nucleon castles known as protons and neutrons. But it's not the quarks themselves that do the work of maintaining these nucleonic citadels. Indeed, the combined mass of all the quarks in a nucleon is far smaller than the mass of a proton or neutron.

Instead, the up and down quarks are imbued with a special ability not known to the other particles in the realm. They can feel the strong nuclear force. That is by far the most powerful force, gluing together the quarks so intensely that a single one can never be seen in isolation. That interaction forms the unseen backbone of our macroscopic world. We take protons and neutrons for granted — that's how solidly they build their castle walls. And their masses are mostly due to the strength of their internal nuclear bonds, rather than the individual quarks.

The strong nuclear force doesn't stop at the level of protons and neutrons. The glue that binds together the quarks, giving them dominion over all other particles, is so dominant that it can collect a few of these castles together into a sturdy fortress known as an atomic nucleus. While this structure is not impregnable like the protons and neutrons themselves, toppling a nucleus still requires immense effort.

Yet, for all their domineering power, the reach of the quarks' vice-like grip is limited to their particular castle and nearby surroundings. That's because the strong force, for all its strength, is severely limited in range. This is what sets the size of the fortresses, castles and keeps that we identify as the nucleons of our world. [7 Strange Facts About Quarks]

Beyond that limited range, the quarks keep their domains in check and communicate with one another via the royal messengers — the photons. Those swift-footed envoys leap from place to place in the universe, never tiring, carrying the electromagnetic force — electricity, magnetism and even light itself — to any particle that has electric charge. This influence stretches across the entire cosmos, though of course, the farther you are from the source, the weaker the effect.

This electromagnetic binding keeps the underlings of the subatomic world in line, and while the quarks spend their days idling away in the relative comfort of their secure and secluded castle keeps, downtrodden "peasants" — electrons — do all the work of making the rich variations of chemical reactions possible. That's right — it's the poor, ignoble electrons that slave away for their quark masters. Bound to the nucleus by electromagnetism — but usually prevented from actually entering by the rules of quantum mechanics — electrons are exchanged among atoms, giving us the chemistry that makes almost everything about our daily lives possible.

The ruling quarks will happily trade, steal and borrow a humble electron from a neighboring domain, shaping their movements with heavy-handed prodding from the photons — without caring about their individual hopes, dreams or ambitions (streaming freely through the universe, winding around magnetic fields and so on).

Lurking in the shadows

But not all particles in the universe are held under the thumb of the despotic quarks. Some can stream freely throughout the universe, not sensing the strong force and safely ignoring surly glares from any passing photons: the neutrinos. These ghostly particles can hide themselves in plain sight, so effervescent that for decades we thought they were entirely massless.

Neutrinos come in three types, the electron-neutrino, muon-neutrino and tau-neutrino, but they're so well-disguised that you're never sure which one you're viewing. As they travel, they can cycle through the masks they wear, switching their identities with the ease of a seasoned spy. Their masks determine how they (occasionally) interact with the rest of the particles in the universe: An electron-neutrino will participate only in reactions involving electrons, for example.

But due to neutrinos' mischievous nature, a process that generates a particular flavor of this particle can't always be run in reverse to catch the original variety again — it's switched identities.

Still, despite all their tricks and subterfuge, neutrinos are not immune to influence from the domains of the quarks. But for that kind of effect to occur, the special forces are required. Expert particles called W and Z bosons, carriers of the weak nuclear force, are the only ones able to communicate with the roguish neutrinos. In some cases, bosons manage to convert neutrinos into more-compliant creatures, like electrons.

Even then, it's a lucky chance: Most of the time, the sneaky neutrinos get away scot-free.

But the skill set of those W and Z bosons, the secret black-ops fighters of the particle world, extends further than just the infrequent neutrino encounter. They also have almost exclusive access to the inner sanctum of the nucleon fortress and can change one kind of quark into another. Should a neutron escape from the safety of an atomic nucleus, these special bosons can transform that particle into a more stable proton.

Of course, this doesn't give the full picture of the subatomic world. The entire Standard Model, our portrait of those tiny creatures and all their busybody interactions is much bigger and more complex than can be contained in a few paragraphs. And though the Standard Model is a triumph of modern physics, patched together painfully over the course of decades, with exacting predictions and precise experimentation, it too is an incomplete picture of our world.

For one, it doesn't include gravity, which right now is best described by the also-incomplete general theory of relativity. There are also the lingering cosmological questions of the nature of dark matter and dark energy, which the traditional Standard Model is silent on (because those phenomena were only recently discovered). There's more: the mass of the neutrino, the hierarchy of the forces and so on.

But while far from complete, and perhaps a little dissatisfactory in its chewing-gum-and-duct-tape approach to modeling the physical world, the Standard Model is incredibly useful. It can predict with startling accuracy the movements and motions of those subatomic denizens and all their nefarious scheming.

Learn more by listening to the episode "Who Lives in the Particle Zoo?" on the "Ask a Spaceman" podcast, available on iTunes and on the web at http://www.askaspaceman.com. Thanks to Alessandro M., Roger, Martin N., Daniel C. and @PoZokhr for the questions that led to this piece! Ask your own question on Twitter using #AskASpaceman or by following Paul @PaulMattSutter and facebook.com/PaulMattSutter.