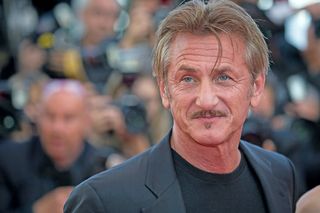 Actor Sean Penn, seen here at the 2016 Cannes Film Festival, will star in "The First," a 2018 Hulu series billed as a space drama about the first human mission to Mars.
(Image: © Maxppp/Zuma)

Move over, Matt Damon – it's time for a new name-brand Hollywood actor to take the stage during a fictional mission to Mars.

While his role has not been disclosed yet, the show follows the first human mission to Mars, and explores "the challenges of taking the first steps toward interplanetary colonization," according to a show description. The show will center on the astronauts, as well as the families and loved ones they left behind. The Mars crew will also work with a "a ground team on Earth" (it's unclear if that would be NASA's Mission Control in Houston, or another entity.) [SpaceX's Mars Colonization Plan in Pictures]

"The First" was created by Beau Willimon, who is best known as the past executive producer and writer for the Netflix series "House of Cards" (2013-present), a fictional show about the U.S. presidency, and for co-producing the Hollywood film "The Ides of March" (2011), which follows the fictional campaigns of presidential candidates in the Democratic primary.

"I have such deep admiration for Sean's immense talent and extraordinary body of work," said Willimon, who is also executive producer of "The First," in a statement. "I feel very lucky to be collaborating with an artist of his caliber."

The series will enter production this year and is expected to premiere on Hulu (in the United States) and Channel 4 (in the United Kingdom and Ireland) in 2018. The series is produced by Westward Productions, a company co-founded by Willimon and his production partner, Jordan Tappis.

Besides the Academy Awards, Penn has received many other nominations and honors. He is a five-time Oscar nominee and a two-time winner of Best Actor at the Venice Film Festival ("Hurlyburly," "21 Grams"). In addition, he won Best Actor at the Cannes ("She's So Lovely") and Berlin ("Dead Man Walking") film festivals. Penn will receive a career tribute next month at the Mill Valley Film Festival.