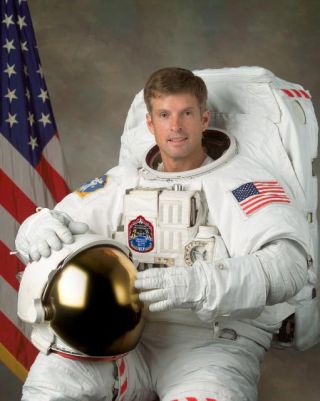 EXPERIENCE: Prior to coming to NASA, Steveworked for GTE in Phoenix, Arizona as a software engineer working on thereal-time software of telephone system multiplexer/demultiplexers.

In 1989, Steve also became a flight simulationengineer on the STA. During his time with the STA, Steve worked on theimprovement of the STA's navigation and control systems and the incorporationof a real-time wind determination algorithm.

In May of 1998, Steve was selected as an AstronautCandidate and started training in August of 1998.

Steve has also worked in the Astronaut OfficeRobotics Branch and is now currently assigned as a CAPCOM (spacecraftcommunicator). Steve has also completed the advance training for EVA, theShuttle and ISS robotic arms, and Shuttle rendezvous. He is assigned to the crewof STS-117.