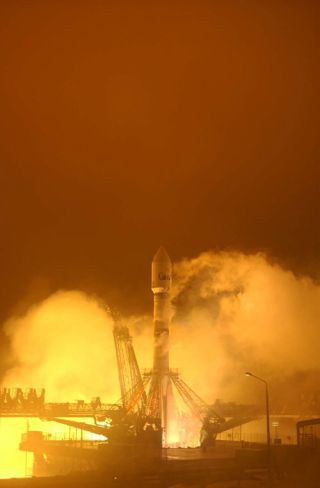 "We donot rule out that pieces of the upper stage of the Soyuz-2 launch vehicle mighthave been registered in the atmosphere over U.S. territory. We are analyzingthe information available to us more thoroughly now," he said.

"Dozensof thousands of space junk objects remain in orbit around Earth. Specialists are monitoring them.Some of them burn up in the atmosphere or fall on Earth every day," hesaid.

The mediabuzz surrounding the situation with the Soyuz-2 rocket is unjustified, headded.

"Specialistsof the Lavochkin research and development center, where the Fregat upper stagewas manufactured, said that they know the area where Fregat was dumped forcertain. It was dumped into the Pacific Ocean on December 27," Panarinsaid.