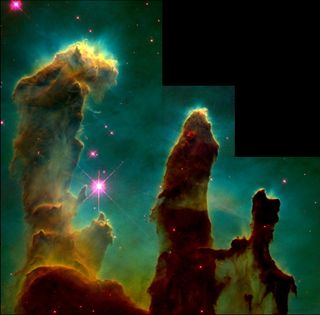 Hubble Space Telescope scientists are going to explain how they use the huge eye in the sky during a live chat Thursday (July 24).

Hubble officials will host a Google+ Hangout tomorrow from 3 p.m. EDT to 4 p.m. EDT (1900 GMT to 2000 GMT), and you can watch the stellar webcast live on Space.com. You can learn more about the webcast and also watch it directly through Hubble's Google+ page.

NASA and the European Space Agency's Hubble Space Telescope launched to orbit in 1990. Since that time, it has been beaming back incredible pictures of cosmic wonders including the Eagle Nebula, views of galaxies in deep space and the doomed comet Shoemaker-Levy when it crashed into Jupiter 20 years ago. The telescope is expected to continue functioning at least through 2018, when its successor, NASA's James Webb Space Telescope comes online.