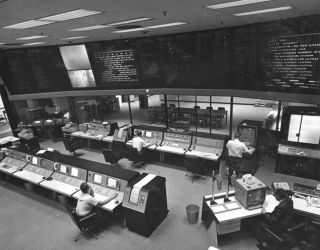 In this historical photo from the U.S. space agency, in May 1964, a ceremony was held to dedicate the new Space Flight Operations Facility, which used state-of-the-art equipment for mission operations and communications with JPL's unmanned spacecraft.