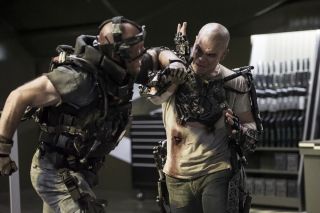 Matt Damon is off on another sci-fi adventure. Fresh off his star turn in this year's blockbuster "Elysium," the actor will play a small role in the thriller "Interstellar," which is scheduled to come out in November 2014.

The film is based on a treatment by Caltech theoretical physicist Kip Thorne, who is also serving as an executive producer. So there's a good chance that "Interstellar" will place a priority on getting most of its science right.

The news of Damon's involvement was first broken by The Playlist, which reported that the actor will have a small role. He'll be participating in just two weeks of filming, while the entire film will shoot for about four months, according to The Playlist.