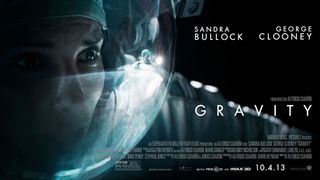 The 3-D film follows the two astronauts stranded in space after a routine spacewalk goes horribly awry. In a trailer for "Gravity" released earlier this year, Clooney and Bullock's space shuttle is destroyed along with the International Space Station, leaving them without the ability to communicate with Earth. The movie is set to hit theaters on Oct. 4, the anniversary of the 1957 launch of the first satellite, Sputnik.

You can read the full recap of Gravity's Venice premiere, plus possible SPOILERS, via Reuters here.