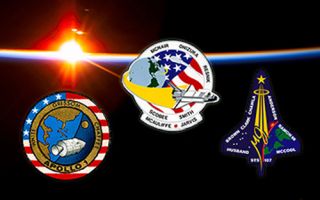 NASA's Day of Remembrance on Feb. 1, 2013, will honor the memories of astronauts who died during the Apollo 1, space shuttle Challenger and shuttle Columbia tragedies.
(Image: © NASA)

This week marks a somber time for NASA, with the anniversaries of three U.S. spaceflight disasters recalling the memories of those astronauts who made the ultimate sacrifice in the pursuit of space exploration.

On Friday (Feb. 1), NASA will pause to honor the memories of the three astronauts killed in the Apollo 1 fire of 1967, the seven astronauts killed in the Challenger shuttle disaster in 1986, and the seven astronauts who died when the space shuttle Columbia broke apart during re-entry on Feb. 1, 2003. This year's Day of Remembrance ceremony is especially poignant — it will mark the 10th anniversary of the Columbia disaster that led to the end of the space shuttle program.

"NASA's Day of Remembrance honors members of the NASA family who lost their lives while furthering the cause of exploration and discovery," NASA officials wrote in an announcement. "Flags across the agency will be flown at half-staff in their memory."

NASA will hold a televised ceremony on Friday at the Kennedy Space Center's Space Mirror, a memorial to astronauts who died during spaceflight. The service, hosted by the Astronaut Memorial Foundation, will begin at 10 a.m. EST (1500 GMT) and be webcast live via NASA TV. SPACE.com will carry the NASA video stream live.

NASA chief Charles Bolden — a former space shuttle commander — will pay tribute with other NASA officials during an observance at the astronaut memorial at Arlington National Cemetery in Virginia. [Columbia Shuttle Disaster: Share Your Thoughts]

On Jan. 27, 1967, Apollo 1 astronauts Gus Grissom, Ed White and Roger Chaffee were killed when a fire broke out in their crew capsule during a ground test  a month before their planned launch. It was NASA's first mission-related tragedy and led to a safety investigation into the Apollo spacecraft. Two years later, in July 1969, the agency's Apollo 11 mission landed the first astronauts on the moon.

On Jan. 28, 1986, 19 years and a day after the Apollo 1 fire, NASA's space shuttle Challenger broke apart 73 seconds after liftoff due to an O-ring failure in one of the orbiter's twin solid rocket boosters. The malfunction allowed hot gas to escape the rocket booster, ultimately causing the shuttle's external fuel tank to explode. [NASA's Fallen Astronauts: A Photo Memorial]

Today, the nonprofit StoryCorps released a video to honor the memory of Ronald McNair, the second African-American in space. The video commemorates McNair's childhood in Lake City, S.C., and his path to space.

Unlike Challenger, which was destroyed during launch, the Columbia shuttle disaster occurred as the orbiter was coming home after a marathon 16-day science mission. Columbia broke apart due to heat shield damage on the leading edge of the orbiter's left wing. The damage, which occurred during Columbia's launch when a piece of fuel tank foam struck the wing, allowed hot atmospheric gases into the wing, leading to the orbiter's destruction.

The Columbia disaster led directly to the retirement of NASA's space shuttle fleet and its replacement with new capsule-based spacecraft designed for deep-space exploration. The last space shuttle missions flew in 2011, with NASA's remaining orbiters — Discovery, Atlantis and Endeavour — and the test shuttle Enterprise arriving at their final museum homes in 2012 for public display.

NASA currently relies on Russia's Soyuz spacecraft to fly Americans to and from low-Earth orbit, though the agency plans to rely on new private spacecraft to ferry astronauts  on trips to and from the International Space Station once they become available in 2015 or so.

Space memorials from coast to coast

Several of NASA's space centers will hold memorials this week to honor the Apollo, Challenger and Columbia astronauts in different ways.

On Thursday (Jan. 31), astronaut Tim Kopra and JSC director Ellen Ochoa will speak at the Family Life Center of the First Baptist Church in Hemphill at NASA night. Astronaut Bill McArthur will join Kopra and Ochoa on Friday to share remarks at a memorial service at the church at 7:30 a.m. CST, NASA officials said.

In California, NASA's Ames Research Center in Moffett Field, just south of San Francisco, will hold a memorial ceremony at its Exploration Center beginning at 10 a.m. PST on Friday.

"The Exploration Center also will unveil an exhibit to pay tribute to NASA astronaut and STS-107 space shuttle Columbia Mission Specialist Kalpana Chawla, a friend and colleague to the Ames community during her tenure as an astronaut candidate," Ames officials said in an announcement.

The Ames tribute will include an exhibit of Columbia mission memorabilia that includes some of Chawla's personal belongings, items and awards, which will be on display through March 25, center officials said.