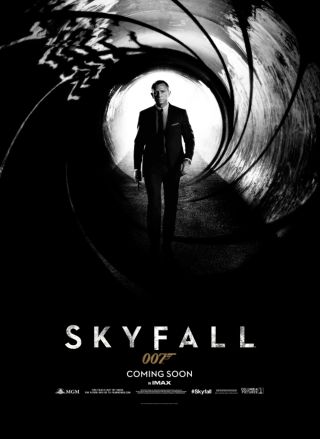 It's that theme. It's the car. It's the martini, the tux, the confidence, the weapons, and of course the girls. But now James Bond is more, thanks to "Skyfall." Now James Bond is truly a legacy, Bond is a team, and perhaps most importantly, Bond for the first time is a real character with feelings and history beyond the idea that he's the baddest secret agent that ever lived.

The humanizing aspect is just one of the things that makes "Skyfall" special and allows it to stand out as the best Bond film since the arguable heyday of the Connery films. A classic-style Bond villain, the first real, essential support team at MI-6, and nods to the past while pushing toward the future round out the movie and make it insanely fun.

The support staff is a sea change for Bond. With a new Q and some other, spoilery additions that I won't go into detail on, this movie takes James and makes him a much more realistic MI-6 agent. No longer simply the lone wolf who somehow makes magic happen, now he's making magic happen his way while his team supports him their way. It makes Bond into a new kind of agent while still holding onto the moments that show how he does his work better than anyone ever has. [Gallery: James Bond's Adventures in Space]

And that's the overall theme of "Skyfall," as well. It's about the old and the new together. There are some beautiful shouts to the past (yes, that classic theme makes it in, no, we aren't going to point out anything else for fear of spoilers) that made the audience of press and their friends/family that I saw the movie with literally cheer out loud. There have been a handful of wow moments in the last several years of Bond movies, but moments that make you cheer, that give you nostalgia and excitement and plain old joy like that are special. What's amazing is the simplicity of the film makes it more exciting. There's an ease to the way things are done - the classic style villain who also uses modern technology, the relatable emotional journey for the ultimate fantasy being. It makes you wonder, why did it take 50 years? What took them so long to make Bond this much of a real person?

The movie isn't without its faults. There are a couple of slow moments that drag; yes, you can and absolutely should have a few slow moments that build tension, give you some exposition, and let you care for the character. Unfortunately a couple of these are out of place. Luckily they're few and far between, and don't do much to damage the film as a whole.

"Skyfall" is definitely a must-see for fans of James Bond, especially those who have stuck with the character through fifty years of film. But what's a better accomplishment is that "Skyfall" is a must-see for both modern and classic action fans. From momentous occasions to push it forward to those big classic moments that make you cheer, "Skyfall" is the Bond of the future - and the past.

Skyfall is in theaters Friday November 9, 2012