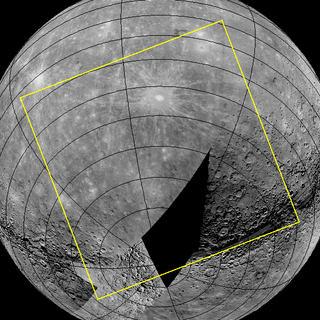 NASA's Messenger spacecraft, the first probe ever to orbit Mercury, will snap its first photo of the planet from orbit tomorrow morning (March 29).

The first photo of Mercury from orbit will feature previously unseen terrain near the small, rocky planet's south pole. Messenger will begin taking pictures Tuesday at 3:40 am EDT (0740 GMT), and NASA plans to release the first image in the afternoon. [Photos of Mercury From the Messenger Probe]

Messenger entered orbit around Mercury March 17, becoming the first spacecraft to ever do so. NASA launched the $446 million Messenger mission in August 2004. The spacecraft is expected to continue orbiting Mercury for at least one Earth year.

Messenger's extreme orbit brings it within 124 miles (200 kilometers) of Mercury at the closest point and retreats to more than 9,300 miles (15,000 km) away at the farthest, researchers said.

The probe is still in a commissioning phase, which allows scientists to check the spacecraft's systems after the orbital insertion maneuvers. As part of this phase, Messenger's Mercury Dual Imaging System (MDIS) will take 1,549 images.

NASA plans to have the Messenger spacecraft start by taking 364 images over six hours on Tuesday.

After the checkout phase, Messenger is set to begin its orbital science operations April 4. These will involve snapping around 75,000 images of the entire surface of Mercury to study the planet's geology, formation and history. [Video: Messenger's Mercury Orbit Arrival]