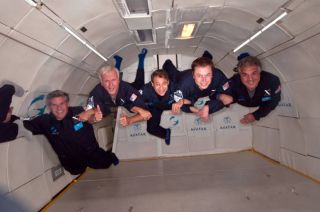 The foundation announced this week that the Hollywood director has been appointed to its Board of Trustees.

"I am excited to have James Cameron joining our board," Peter Diamandis, the foundation's chairman, CEO and co-founder, said in a March 15 statement. "He's committed to envisioning and creating the future and does not take 'impossible' as an answer to solving the world's grand challenges."

The board advises the foundation on where high-stakes competition can drive radical breakthroughs in technology. The organization itself seeks to motivate innovators from all disciplines to leverage their intellectual and financial capital for the benefit of humanity, X Prize officials said.

"Capturing the public's imagination is a key component of all critical exploration these days. We especially have to engage kids and the X Prize Foundation certainly does it," Cameron said. "They really promote innovation and exploration in key areas and I'm honored to participate in the development of its initiatives."

Cameron's work as a film director, producer and screenwriter includes titles such as Avatar, Titanic, Terminator and Aliens. Cameron also spent years creating documentary films and co-developing the digital 3-D Fusion Camera System. He has contributed to the development of state of the art underwater cinematography, 3-D imagery for NASA missions to Mars, and remotely piloted vehicle technologies.

In addition to his appointment to the Board of Trustees, Cameron serves on the X Prize Foundation's Exploration Advisory Committee.