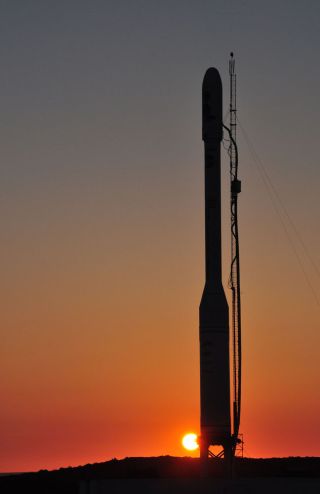 NASA's newest satellite to study Earth's climate is poised to blast off in the wee hours of Friday (March 4) after a week of delays due to technical problems.

The climate-monitoring Glory satellite is now set to launch from California's Vandenberg Air Force Base on Friday at 2:09:43 a.m. PST (1009:43 GMT). A Taurus XL rocket built by the rocket manufacturer Orbital Sciences will launch the satellite.

NASA initially planned to launch the Glory mission on Feb. 23, but called off the attempt just 15 minutes before liftoff due to a technical malfunction with the satellite's Taurus XL rocket. A malfunctioning computer was sending launch controllers incorrect information on the rocket's status, NASA officials said at the time.

"Those issues have been resolved," NASA officials said in a statement this week.

The $424 million Glory mission is aimed at studying how radiation from the sun, along with small particles called aerosols, affect Earth's atmosphere and climate. Aerosols can be natural – created by desert dust and volcanoes – or can have manmade origins such as air pollution.

Glory carries two main instruments and is expected to study Earth's atmosphere and climate for about three years while orbiting about 438 miles (705 kilometers) above the planet. [FAQ: Inside NASA's Climate-Watching Glory Mission]

Glory is not the only satellite riding into space aboard the Taurus XL rocket.

The booster is also carrying three small nanosatellites, called Cubesats, which were designed and created by university and college students, NASA officials said. The tiny satellites are launching as part of NASA's Educational Launch of Nanosatellites program.