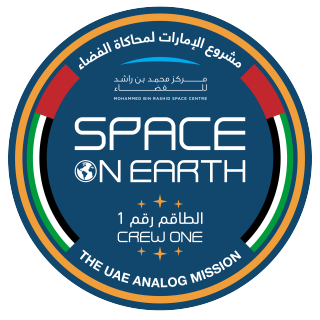 The United Arab Emirates sent its first astronaut to space for a week last fall; the country's next astronaut mission will last longer but remain much closer to home.

The mission will last eight months but send its crew only to Moscow, where six would-be astronauts will live in isolation and work on science and technology projects that could benefit a crewed mission to Mars. Of those crewmembers, one will hail from the UAE. The analog mission is the first major project under the purview of the  Mars 2117 Project, which aims to facilitate sustainable human exploration on Mars over the course of a century.

"This is our first engagement and involvement in an analog mission," Adnan AlRais, program manager of Mars 2117 at the UAE's Mohammed Bin Rashid Space Centre, told Space.com. "This is going to be our first step in preparing our own experiments hopefully to be conducted on future human spaceflight."

The UAE Mars Analog project is taking place through NASA's SIRIUS program, which runs analog missions at a biomedical facility in Russia. The UAE signed on to a mission that is scheduled to begin in November and continue through July 2021, including a total of six crewmembers.

One of those crewmembers and one member of the backup crew will be selected by the UAE as it works to build up a roster of analog astronauts. The first mission will be staffed from 10 finalists selected from more than 100 applicants in a process that began in February. The finalists, whom the space center is not yet identifying, will complete medical and psychological analyses and additional interviews before the analog astronaut and backup are announced in May.

During that process, the team selecting analog astronauts will also consult Hazzaa AlMansoori, who flew to the International Space Station for a week in September and October, and his backup, Sultan Al-Neyadi. "We will definitely use their experience," AlRais said. "They have been through something similar throughout their training for the first mission." Ali Almansoori and Al Neyadi won't take part in the analog mission itself, however; instead, they will be focused on the country's current push to recruit new astronauts for spaceflight missions.

Once selected, the two would-be astronauts will complete a few months of training in the UAE, including learning Russian. Next, it's off to Russia for additional training and a two-week practice run. If all goes well, the crew will "deploy" in November for eight months of isolation.

During the mission, the crew will work on a range of science and technology projects, including five designed by universities in the UAE that are designed to tackle priorities for long-term space exploration, like mental health in isolation and impacts on the body, including on the cardiovascular system. "With Mars 2117, we are focusing on certain areas that are challenges that we're going to face on the surface of Mars when it comes to like food, water, energy security and technologies we need," AlRais said. "Those challenges, we are facing them on Earth [as well]."

The signature project within the Mars 2117 program will be what the UAE is calling Mars Science City, a space and life sciences research facility that will eventually host analog missions. But the UAE wanted that design to be informed by initial analog missions, and didn't want to wait to participate in such projects until the facility is built.

"Mars Science City is our platform," AlRais said. "With the Mars Science City we're basically at the stage where we are identifying the requirements, the specs and design. We want to develop state-of-the-art facilities here."

AlRais emphasized that a core principle of the UAE's space program, which began in 2006, has been to go deep on specific programs as a way to build capacity quickly. The country hopes Mars 2117 and its human spaceflight program — which is eyeing more missions to the space station, as well as future flights to NASA's proposed lunar Gateway and Mars — will spur that sort of solid foundation.

"As a young nation, we've managed to achieve so many things on the ground. We have all the opportunities, we have all the possibilities to contribute internationally," AlRais said. "Mars is one target. We're going to go to Mars and beyond with such long-term vision that we have in the country."