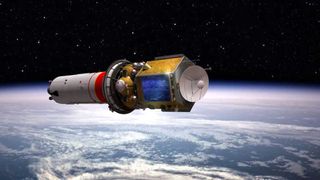 When Sheikh Khalifa bin Zayed Al Nahyan, the president of the United Arab Emirates, announced in July 2014 that the Emirates would send a satellite to Mars, he said that the launch date would be in July 2020, only six years from his announcement. That timing coincides with the alignment of Earth and Mars, which occurs once every two years. It also means the spacecraft should reach Mars in 2021, the year of the 50th anniversary of the United Arab Emirates' formation. The Emirati government later said it also planned to build a habitable settlement on Mars by 2117.

The United Arab Emirates Space Agency has faced those challenges head-on and accelerated forward. As of April 2019, the country had completed roughly 85% of the Hope probe, according to an article in Gulf News. And in September 2019, the United Arab Emirates sent its first Emirati astronaut into space. Hazzaa Ali Almansoori, a former pilot, spent eight days on the International Space Station, where he performed a series of experiments and gave a tour of the station in Arabic.

"The UAE is on the verge of making history, after turning its dream of becoming the first Arabic and Islamic country to send a spacecraft to Mars into reality," said Ahmad Belhoul al Falasi, chairman of the United Arab Emirates Space Agency. "This monumental endeavor is the culmination of the efforts of a skilled and experienced team of young Emiratis, who, with the support of the nation and its visionary leadership, will secure the UAE's position at the forefront of space exploration and the international space sector."

What is the Hope satellite going to do?

Built in collaboration with the University of Colorado Boulder, University of California, Berkeley, and Arizona State University, the Hope spacecraft is in many ways a state-of-the-art weather satellite. It will help answer some outstanding questions about Mars' climate and atmosphere. The satellite mission has four primary objectives:

The Hope satellite will have a total mass (including fuel) of 3,300 lbs. (1,500 kilograms), according to NASA. And at about 7.78 feet (2.37 meters) wide and 9.51 feet (2.90 m) tall, the probe will be about the size and weight of a small car. Four to six 120-newton Delta V thrusters will propel the spacecraft using hydrazine, and inorganic and highly volatile chemical.

After seven to nine months of space travel, the probe will approach its orbit around Mars in May 2021, coinciding with the 50th anniversary of the founding of the United Arab Emirates. The spacecraft will then collect two years' worth of scientific data, with an optional two-year extension that would take the mission into 2025.

Hope for the future

The Emirates called the satellite "Hope" because its manufacture and scientific data would hopefully provide value for the future in two major ways: helping scientists understand how atmospheres evolve over time and helping to modernize the Arab world.

Understanding how factors such as sunlight, dust and temperature affect the entire Martian atmosphere each day and throughout the seasons could also illuminate details about the atmosphere around the Earth and even planets around other solar systems, called exoplanets, according to the mission’s scientific goals. Scientists could also use the information to model the future of Earth's atmosphere, such as how it may evolve under the forces of climate change.

The Emirati government has also said that it sees this satellite as a way to bring the Arab world back to the forefront of science and astronomy — a position the region hasn't held since the Islamic Golden Age, from the ninth century to the 13th century. During that time, the Muslim world was the stronghold of knowledge in philosophy, math, astronomy and medicine. The Arabs made pioneering strides in algebra and trigonometry and further developed astronomical tools such as sundials. But since the end of its halcyon days, the Arab world has statistically made little contribution to science, according to a review in The New Atlantis.

The Hope satellite is an attempt to help change that.

"This is the Arab world's version of President John F. Kennedy's moonshot — it's a vision for the future that can engage and excite a new generation of Emirati and Arab youth," said Yousef al Otaiba, the UAE's ambassador to the United States, during the UAE Embassy's National Day celebration in 2015, The National reported.

The Emirati government invested over $5.5 billion into space-exploration efforts, according to The National. And as the first-ever Arab-Islamic mission to another planet using a satellite built entirely by a Muslim nation, Hope is expected to help catalyze the development of a new generation of Arab scientists and engineers. They, in turn, will help shift the country's economic system away from the oil industry and prepare it for a world that depends less on oil, Sarah Amiri, the mission's science lead, told Scientific American in 2016. As of July 2019, more than 70 Emirati scientists and engineers, almost all under age 35, were working on the mission. That number is expected to grow to 150 by 2020, according to Smithsonian.com.