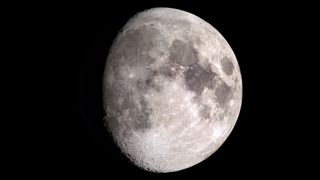 NASA's drive to send humans back to the moon — as well as coverage of the 50th anniversary of the first moon landing — will be showcased in new documentaries on streaming service CuriosityStream.

A 4K original documentary film called "Return to the Moon" will debut on June 13 on the streaming service. The documentary will focus on the plans being developed by NASA and other global space entities to send humans back to the moon in the coming years. In the U.S., President Donald Trump's administration wants to land astronauts on the moon by 2024, and several American companies also have lunar plans.

"From the private companies SpaceX and Blue Origin, to global superpowers China, Russia, the European Union and the United States, the most powerful individuals and nations on Earth are determined to conquer the moon and use it as a base to explore the stars," CuriosityStream said in a statement.

This documentary will examine how humans will build permanent settlements on the moon and use in-situ resources such as helium-3, a potential source for power, the company's statement continued.

Lunar and space content will air every Monday under an initiative nicknamed "New Moon Mondays." One example is the documentary "Hack the Moon: Unsung Heroes of Apollo," which will premiere June 24. The partnership between Sugar Films and the not-for-profit Draper Laboratory includes content from Draper's website dedicated to Apollo engineers and scientists.