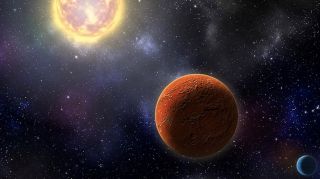 CAMBRIDGE, Mass. — Finding exoplanets marks just the beginning of what we can learn from these distant worlds, researchers said.

At the first annual TESS Science Conference, which was held here at the Massachusetts Institute of Technology from July 29 through Aug. 2, researchers came together to share the first year of science results from NASA's Transiting Exoplanet Survey Satellite (TESS).

TESS has now detected 993 potential planets and 28 confirmed ones, a few of which lie within the "habitable zone" of their star, meaning they might be able to sustain liquid water on their surface.

But in addition to revelling in the discoveries made by TESS, researchers are looking forward to what else we can learn from these exoplanets. Two follow-up missions seeking to do so were presented at the conference: TARdYS (the Tao Aiuc high Resolution d Y band Spectrograph) and CHEOPS (the Characterising Exoplanet Satellite.)

TARdYS will focus on the celestial Southern Hemisphere, which TESS studied during its first year of operations. It will be one of the only near-infrared spectrographs focusing on that region.

Surangkhana Rukdee, the researcher who presented TARdYS at the conference and who worked on the project for her doctorate, told Space.com that TARdYS will be a great asset for further exploring exoplanets discovered by TESS.

"For TESS, the method used is called transit," Rukdee told Space.com. (The "transit method" looks for telltale brightness dips that result when an orbiting planet crosses its host star's face from the observer's perspective.)

"That [method] helps you determine the size of the planet," Rukdee added. "But in order to know the density, you need both the size and the mass. [So] it's useful to have the follow-up from a ground-based observatory to confirm the detection.

"Having data from both transit and radial-velocity measurement, we can pick well-defined samples, especially those similar to Earth, to further characterize the exoplanet atmospheres," Rukdee said in a follow-up email to Space.com.

TARDyS's approach will verify findings made by TESS and supplement ongoing radial-velocity projects, such as the European Southern Observatory's ESPRESSO spectrograph, Rukdee said. But that's not all; TARDyS will find a few new exoplanets of its own as well.

The telescope will be installed at the University of Tokyo Atacama Observatory and is scheduled to begin operations in 2020, Rukdee said.

Another telescope that aims to further explore exoplanet findings is CHEOPS, a first-of-its-kind mission by the European Space Agency (ESA) in collaboration with Switzerland. CHEOPS is a small scientific satellite designed to use high-precision photometry — measuring the brightness of light — to learn more about the densities of Earth- and Neptune-size exoplanets. Learning such characteristics will help researchers in turn learn more about alien worlds' internal structure, composition and evolution, CHEOPS project scientist Kate Isaak told Space.com.

"We have the [exoplanets'] mass from ground-based observations and the size from CHEOPS, and then we're able to determine the density," Isaak told Space.com. "And from that, we're able to say something we've learned about the structure of the planet — what it is possibly made of. And from that … we can say something about the formation and evolution of these smaller planets."

One aspect that differentiates CHEOPS from TESS, Isaak told Space.com, is the former's ability to swivel and target different, previously identified exoplanets in the sky. TESS can sometimes catch only a glimpse of an exoplanet's transit as the instrument systematically skans the sky, but CHEOPS will be a little more flexible. Isaak said this will help the newer observatory home in on potential targets for future missions, like NASA's James Webb Space Telescope.

"We can look for planets that still have and keep their atmospheres," Isaak told Space.com. "So, we'll be providing the best targets [by] doing this first-step characterization, and then we'll be able to say, 'OK, these are the best targets for follow-up with the James Webb Space Telescope' or the larger ground-based telescopes of the future."

And in one of the most exciting features, Isaak said, CHEOPS will provide equal-opportunity access to the telescope for scientists worldwide. She said that 20% of CHEOPS's observation time per year will be open to "guest observers" and that use of the telescope will be assigned on scientific merit alone through annual calls for proposals. The first proposals have already been accepted.

CHEOPS will hitch a ride aboard a Russian Soyuz rocket and should launch by the end of the year, Isaak said.