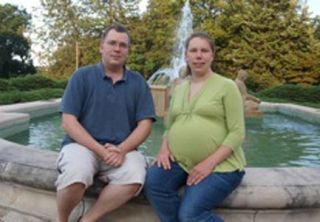 A German man and a couple from Iowa are credited with thefind ? the first deep-space discovery by Einstein@Home, a project in which 250,000people from 192 different countries allow their personal computers to work onscientific problems in the background.

"The collective computing power of all these computersaround the world is actually substantially greater than the largestsupercomputers that are built," said Bruce Allen, leader of theEinstein@Home project and director of the Max Planck Institute forGravitational Physics in Hannover, Germany, during a Thursday press conference."It's both practical and inspiring."

The newly discovered star is called a pulsar- a very dense star that spins around, projecting a thin beam of light thatsweeps in a circle like a lighthouse. Every time that beam passes over Earth,we see a pulse of light, hence the name pulsar.

"The run-of-the-mill, typical pulsar spins about onceper second and is highly magnetized," said James M. Cordes, CornellUniversity professor of astronomy and chair of research team. "The pulsarthat was found was among the more [quickly] spinning ones, but it also has alow magnetic field."

The specialpulsar, called PSR J2007+2722, rotates 41 times per second. While moststars that spin so fast are part of binary pairs of two stars, this one sitsalone without a companion.

The scientists think that it may have originated as half ofa binary, but the second star may have exploded in a supernova that disruptedthe pair and sent it off in another direction.

The original observations used to find the pulsar weregathered at the Arecibo Observatory's radio telescope in Puerto Rico. Aftersome preprocessing, the observations were split up into chunks and distributedto volunteers around the world participating in the Einstein@Home project.

The computers that discovered the pulsar's signal belongedto Helen and Chris Colvin of Ames, Iowa, and Daniel Gebhardt of Musikinformatik,Germany. The Colvins both work as information technology professionals, andGebhardt is a systems administrator for the music department of Universit?tMainz.

The three each said they were excited to be part ofEinstein@Home's first big discovery.

"The [software] program itself doesn't indicateanything special about the data when it processes it," Helen Colvin said. "Wefound out from a letter from Dr. Allen. We got the letter and realized somethingbig was happening."

Other similar distributed computing projects include SETI@Home,which uses donated computer time to search for signals from extraterrestrials,as well as the Rosetta@home project, which aims to discover protein structures.

"This is a thrilling moment for Einstein@Home and ourvolunteers," Allen said. "It proves that public participation candiscover new things in our universe. I hope it inspires more people to join usto help find other secrets hidden in the data."

The finding was reported in the August 13 issue of thejournal Science.