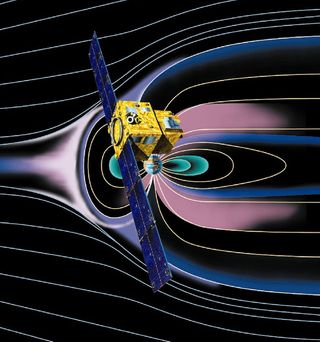 The Rockot launcher,a modified Russian ballistic missile, lifted off Wednesday with a Japanesesatellite running on off-the-shelf components designed to prove the utility ofeveryday parts in space.

It was after sunrise at the PlesetskCosmodrome, a sprawling Russian space base south of the Arctic Circle. Thelauncher soared into mostly sunny skies over Plesetsk as it turned north toaccelerate into orbit over the Arctic Ocean.

The booster's first and second stagesfinished their burns a few minutes after launch. The Rockot's Breeze KM upperstage took over next, first igniting for nearly 9 minutes to propel the rocketand payload into an elliptical parking orbit about 14 minutes into the flight.

After coasting for more than an hour, theBreeze engine fired again for approximately 45 seconds to circularize its orbitat an altitude of 746 miles. The upper stage was targeting an inclination ofabout 100.4 degrees.

Russian space officials declared the launch asuccess, according to Khrunichev, the prime contractor for the Rockot booster.

Wednesday's launch was conducted under thecommercial management of Eurockot, a German company that sells Rockot flightson the international market.

After deploying its solar panels and passinghealth checks, the SERVIS 2 spacecraft will enter service to test ninecommercial off-the-shelf payloads in the attitude control, electrictyproduction and computer systems.

SERVIS 2 will expose the materials to theharsh environment of space to help establish a parts database, a partsevaluation guideline and an equipment design guideline to utilize thecomponents on future space missions, according to the mission's website.

USEF is overseeing the mission under contractwith the New Energy and Industrial Technology Development Organization and theJapanese Ministry of Economy, Trade and Industry. Mitsubishi Electric Corp.manufactured the SERVIS 2 spacecraft.