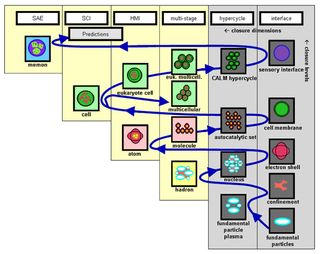 Biology is often called the

Many attempts to classify life focus on a list

"People have focused on

Instead, he defines life in

To qualify as life, Jagers op

"From the level of the

For example, in a cell, the,

Using these concepts, the

In the case of a human

If all this is a little heady,

"I think the operator

The construction of the operator hierarchy is

One benefit of his theory,

But these things cannot be