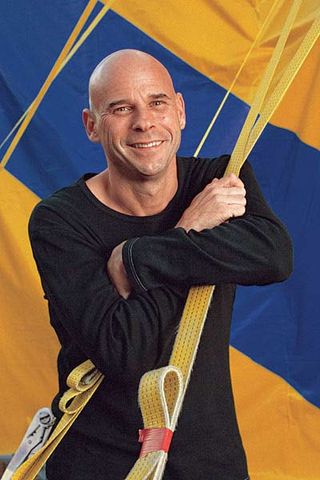 A former fire-eating circus performer promised to leave his matches at home when he blastsoff for the International Space Station this fall as the next space tourist.

Cirque duSoleil founder Guy Laliberte, a Canadianbillionaire who began his career as a street entertainer, said he does hopeto try a few tricks in space, but fire-eating will not be one of them. He ispaying a reported $35 million for the space tourist trek, which is slated tolaunch Sept. 30.

?I wouldtake out the fire part. I think this is out of the question, by far,? said Laliberte,49, with a smile in a televised NASA briefing Thursday. He?s not sure how stiltwalking, another of his talents, would work in weightlessness either.

Open flamesaren?t allowed inside the space station, though astronauts have a special boxwhere they can lightsmall fires as part of an experiment.

Lalibertewill launch to the space station on a Russian Soyuz spacecraft with twoprofessional spaceflyers, a NASA astronaut and a Russian cosmonaut. He is theseventh person to buy a ticket to visit the space station, but his mission isthe eighth private flight since one space tourist - Americanbillionaire Charles Simonyi - made the trip twice.

The privatetreks to space are arranged under deals between Russia?s Federal Space Agencyand the Virginia-based company Space Adventures. Laliberte?s trip is expectedto last about 12 days.

But Laliberteis promising more than a mere orbital joyride. He is dedicating his mission toincreasing awareness about global water issues through the non-profit One DropFoundation, which he founded in 2007.

?Water is avital resource for a human being and unfortunately it is put in danger,? Lalibertesaid. ?In the near future there is a real problem in front of us in regards ofaccess to clean water.?

That lackof access to clean water is one of the leading causes of death on the planet,Laliberte said, making it a pressing issue that he hoped to publicize duringthe spaceflight. He plans to announce his full mission plan in August.

The spacestation is currently home to a core six-person crew, but its population swelledto 13 last week when the shuttle Endeavour arrived with its own crew of sevenastronauts. Endeavour is due to depart the station next week and land July31.

Laliberteis somewhat of a departure from the spacetourists that that came before him. They made their fortunes in business ortechnology, while Laliberte touted his creative side.

?I'm not ascientist. I'm not a doctor. I'm not an engineer,? he said. ?I'm an artist. I'ma creator, and I'll try to do and accomplish this mission with my creativeability and what life has given me as a tool.?

Laliberteadded that while he hopes to increase awareness of water issues, he does expectto enjoy the experience as well. He?ll try some circus tricks and perhaps showastronauts on the space station some card tricks while savoring thespaceflight. ?

There areprobably some tricks about living in space that professional astronauts canshow him as well, he added.

?I think Iwill be more like a kid in a candy store out there, discovering things thatthose guys know,? Laliberte said.

GuyLaliberte is chronicling his spaceflight and OneDrop Foundation at his Website: http://www.onedrop.org/