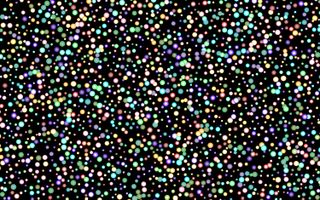 Paul M. Sutter is an astrophysicist at The Ohio State University, host of Ask a Spaceman and Space Radio, and author of "Your Place in the Universe" (2018). Sutter contributed this article to Space.com's Expert Voices: Op-Ed & Insights.

There are some universal certainties. Death. Taxes. The second law of thermodynamics. I'm sure you'll find plenty of articles online and off about the first two things on that list, but this one is about the third. This law, first identified by Sadi Carnot in 1824 in his musings of how the useful but mysterious steam engines actually worked, stands tall and proud today, elevated into an immutable fact of existence. No matter how hard you try, you simply can't escape the iron grip of its cold, relentless conclusion: In isolated systems, the entropy cannot decrease.

Uh, OK. What is entropy? Why does it change? [How to Temporarily Undo the Universe's Endless Chaos with Chloroform]

If I gave you a box of air and asked you to measure its properties, your first instinct would be to bust out a ruler and thermometer, recording important scientific-sounding numbers like volume, temperature or pressure. There's a good reason that's your first instinct. You know that something like "air" is really a collection of buzzing and jumbling microscopic molecules. You might imagine — briefly — that you could record all the positions and velocities of every single molecule, but you would quickly abandon such notions as overly cumbersome and also silly.

After all, numbers like the temperature, pressure and volume give you all the information you actually care about. Those facts will tell you everything you need to know about how the box of air will behave if you opened it, squeezed it or blew it up. It doesn't really matter how all those tiny particles arrange themselves — that's their business, not yours.

And here's where entropy comes in. The concept of entropy captures the number of different ways you can rearrange the stuff you can't see (the tiny air particles) to still get the exact same measurements you can see (like the pressure).

That's nice, but why should that number never, ever decrease? To explore, let's clean your room.

Imagine finally getting it together, clearing your weekend schedule, waking up early, grabbing that cup of joe, and doing the thing you've been putting off since the holidays: cleaning your room. Top to bottom, wall to wall. Clean and organized. A place for everything and everything in its place. Perfection.

How long do you think that Platonic ideal of a room will last? Not long, you realize, as the Sisyphean nature of your endeavors — and perhaps your entire existence — clicks into sharp focus.

But why shouldn't your room stay neat and tidy for years to come? Because if just one thing — one single thing — changes, it's no longer clean. A dirty sock on the bed? Messy. A pillowcase ruffled? Messy. A box of snack crackers on the nightstand? I won't judge, but also messy.

In this example, there are only select arrangements that lead to the measurement of "clean," but there are millions upon millions of possible arrangements that lead to the measurement of "messy." If a tornado were to strike your newly cleaned room, what are the chances of it remaining in the clean state? It's not zero: The tornado, by pure random chance, could pick up every single thing in your room and return it to its original spot. But that one tiny chance in the ultimate Powerball ticket — and let's face it, you're not going to be the winner. You are much, much more likely to find a messy room after the tornado strike, simply because there are so many more ways for a room to be messy.

Entropy is a harsh mistress

Similarly, there's absolutely nothing stopping the air molecules in your room from collectively deciding to head in the same direction and crowd into the corner, leaving you to asphyxiate in the vacuum. Seriously, no law of particle or molecular interactions prevents that. But the motion of air molecules is governed by countless random collisions and movements — a never-ending molecular tornado of activity. These innumerable motions will essentially always leave the air in a disorganized, messy state: evenly spread all throughout the room. And all because there are so, so many more ways for the air to be spread out than crammed into a corner.

As in the case of our once-tidy room, there are very few ways to make a clean room, and an overwhelming number of ways to make a messy one. And different arrangements of "messy" (like a dirty sock left on the bed versus on the dresser) will lead to the same measurement of temperature or pressure. Entropy captures the number of different ways you can rearrange your messy room to get those same values. And systems, left to their own chaotic devices, will always seek higher entropy, simply because there are a lot more ways to make a mess than make a clean: the second law of thermodynamics.

Learn more by listening to the episode ‘I give up, what is time? on the Ask A Spaceman podcast, available on iTunes and on the web at http://www.askaspaceman.com. Thanks to Michael M., @matt_jakubowski, jmautobot, David M., Adam H., Pete E., Adityadhar, Mihail E., @emilio_mira, and Rowan H. for the questions that led to this piece! Ask your own question on Twitter using #AskASpaceman or by following Paul @PaulMattSutter and facebook.com/PaulMattSutter. Follow us on Twitter @Spacedotcom and on Facebook. Original article on Space.com.