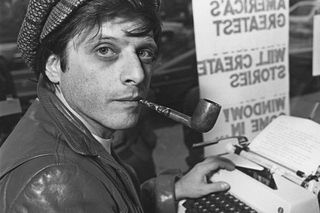 Acclaimed science fiction author Harlan Ellison has passed away in his sleep at the age of 84, according to Deadline citing a tweet by Ellison family friend Christine Valada.

Ellison wrote numerous notable works of fiction in prose, including dozens of short stories, novellas, and some novels, many of which have been adapted to film and television. Ellison also wrote for genre television shows, including writing the Star Trek episode "The City on the Edge of Forever," which creator Gene Rodenberry heavily rewrote to Ellison's objections.

Ellison is survived by his wife, Susan.