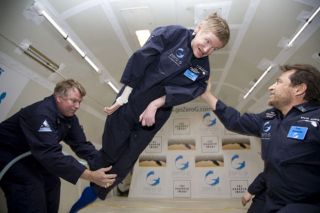 After physicist Stephen Hawking's death at the age of 76 was announced early this morning (March 14), scientists, thinkers and many more took to Twitter to share their thoughts.

Hawking's work revolutionized scientists' understanding of the universe's first moments and the behavior of black holes, and he also made an impact as perhaps the most well-known physicist in popular culture, making cameos on TV and popularizing science through his writing.