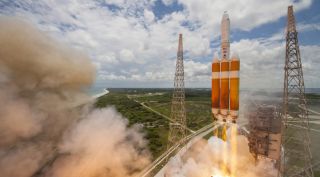 The IG specifically called out the main contractors that support the evolved expendable launch vehicle program, or EELV, for failing to comply with standards required by AS9100 — a widely adopted quality management system for the aviation and space industries.

Auditors flagged the contractors for 181 "nonconformities" in the Aerospace Standard 9100C, known as "Quality Management Systems — Requirements for Aviation, Space, and Defense Organizations."

The IG report listed a number of lapses that inspectors believe could put at risk billions of dollars worth of satellite launches that the EELV program is responsible for. It called on the Air Force Space and Missile Systems Center, and the Defense Contract Management Agency to dig deeper into these issues.

One issue identified at ULA was related to the protection of electrostatic sensitive devices in the avionics production area. "Inadequate ESD controls and mitigation could result in the premature failure of electronic components in the EELV system," the report said.

At SpaceX, inspectors found an "inadequately protected" Merlin engine on the test stand. The Merlin engine exhaust ports and vent tubes "should have been protected with specific covers," they wrote. "We found bottles of soda and personal items in FOD-controlled areas." FOD is short for foreign object debris.

In the aerospace industry, FOD costs billions of dollars in the form of schedule delays, rework, injuries, and product losses. "A bit of debris lodged in the right place could be enough to drop a rocket right out of the sky," warned an FOD prevention guide published by Lockheed Martin. "Delivering products that are not FOD-free sends the message that you do not have control over your manufacturing processes," the guidelines said.

The IG suggested the EELV program office and the DCMA conduct a "root cause analysis and implement corrective actions" for the 181 violations that inspectors identified. Air Force and Defense Department officials said they agreed with some of the IG findings but noted that many of the issues cited by auditors already were being addressed and fixed by the contractors.