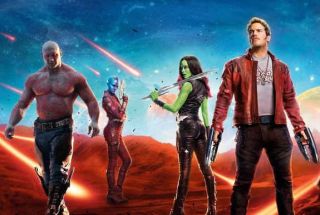 "We talk about it all the time. It’s already a part of what I'm doing with Marvel and the conversations that Kevin [Feige] and I have every day," Gunn told IGN. "When we’re talking about "Guardians of the Galaxy 3," and that story, that’s a story that will lead to other stories. It's innate to the DNA that that’s the end of a trilogy but it’s the beginning of a whole other element of the Marvel Cosmic universe. That's a part of what I’m doing now."

As for what those stories may be, "Guardians of the Galaxy Vol. 2" set up the inclusion of Adam Warlock as well as the original comic book Guardians of the Galaxy, and "Avengers: Infinity War" will explore other aspects of the Marvel Cinematic Universe - all of which may leave many possible subjects for further films on the table.

Originally published on Newsarama, a sister site to Space.com.