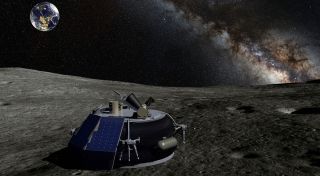 WASHINGTON — Commercial space companies and space law experts recommended against any changes in the Outer Space Treaty at a recent hearing, arguing regulatory issues can be better addressed through laws and regulations.

The May 23 hearing of the Senate Commerce Committee's space subcommittee examined whether the 50-year-old treaty, widely considered the foundation of international space law, should be updated to reflect growing commercial space activities, and the potential for conflicts they may generate.

"As activities in space increase, they will undoubtedly pose new challenges as countries and companies compete for resources throughout the universe," said Sen. Ted Cruz (R-Texas), chairman of the subcommittee, in his opening remarks. "It's incumbent on Congress to use this 50-year anniversary of the Outer Space Treaty to properly determine our actual international obligations."

Cruz has previously suggested that elements of the treaty need to be updated to address that growing commercial use of space. However, witnesses argued that the treaty is not "self-executing" — that is, its provisions are not binding without federal laws to implement them — and that any regulatory gaps can be addressed without changing the treaty itself.

Treaty obligations "are very minimally burdensome, and quite flexible in how they can be interpreted," said Matthew Schaefer, co-director of the space, cyber and telecommunications law program at the University of Nebraska College of Law, in testimony at the hearing. "It's a basic set of principles and minimally burdensome rules, which, by the way, help advantage U.S. companies as well."

Much of the concern about the Outer Space Treaty has been with its Article 6, which states that countries should provide "authorization and continuing supervision" of activities of non-governmental entities, like companies. While that is done in the United States through licensing of launches and some kinds of satellites, there is no clear mechanism for doing so for "non-traditional" activities, from satellite servicing to commercial lunar landers.

Some claimed that the treaty language doesn't automatically require any regulation. "A close reading of the text shows that the treaty actually allows a lighter regulatory hand than many claim," said Laura Montgomery, a lawyer in private practice who previously worked for the Federal Aviation Administration's Office of Commercial Space Transportation, arguing that the treaty did not mean commercial activities were prohibited unless regulated by the government.

James Dunstan, founder of the Mobius Legal Group, called for a "sensible and non-burdensome" regulatory system for commercial space activities that would, he said, provide global leadership. "There is also nothing to be gained right now from reopening the current treaty regime," he said. "Doing so now would allow countries that are not friendly to the United States or American capitalism to layer on costly regulatory burdens that the United States would have to reject."

That desire not to tinker with the Outer Space Treaty was shared by a separate panel of witnesses, many representing companies planning space activities that could fall into that regulatory gap.

"We support a process that focuses on streamlining the regulatory framework," said Bob Richards, chief executive of Moon Express. That company received an approval last year for its first lunar lander mission, scheduled to launch by the end of this year. However, he noted that approval was a one-time-only application of existing FAA payload review processes and that a more formal system for approving similar missions in the future is needed, one that does not require changing the treaty.

"While the Outer Space Treaty may appear antiquated, in some ways it is a remarkably visionary document with profound principles that have served the world well for decades," he said. "I believe time and energy is better spent continuing to interpret the Outer Space Treaty in favor of international collaboration without constraining the rights, the benefits and the freedoms of U.S. commercial enterprise."

Peter Marquez, vice president of global engagement for asteroid mining company Planetary Resources, cited as an argument for retaining the treaty the 2015 Commercial Space Launch Amendments Act. That law grants U.S. companies rights to resources they extract from asteroids or other celestial bodies, but does not grant companies property rights to the asteroids themselves, which would be in violation of the treaty.

"None of this is to say that the treaty is perfect, or that it is complete, or that Congress' work is complete," he said. "We're concerned, however, that opening up the treaty will leave our industry worse off and will overall be to the detriment of national and international security."

Mike Gold, vice president of Washington operations for Space Systems Loral, said that Congress could address any concerns about compliance with Article 6 of the treaty by directing the FAA to develop an "enhanced payload review" process modeled on its existing payload review system. His company is working for NASA and the Defense Advanced Research Projects Agency on satellite servicing projects, whose oversight is also uncertain under current law.

Some sort of regulation is needed for satellite servicing, argued Pam Melroy, who recently completed a four-year tenure as deputy director of DARPA's Tactical Technology Office. "I think commercial satellite servicing must have some form of scrutiny by the federal government to protect the sustainability and the safety of the space environment," she said. She warned, though, not to make the approval process too complex or else "the initiative will simply go to other countries."

Gold said that even if that concern is addressed, there are still sections of the treaty that are "vague or challenging" for private sector operators. "Despite these challenges, it would be ill-advised for the U.S. to withdraw from the treaty or open it up to revisions," he said. "If the U.S. pulled out of the treaty, it would create confusion and uncertainty, hindering new commercial developments as well as established private sector space activities."

At the end of the hearing, Cruz didn't indicate if the arguments had swayed his thinking. He has previously suggested he would be open to changes in the treaty to support commercial space activities, but has not disclosed specific changed he'd like to see.

"It is the intention of this committee to go forward with legislation seeking to create a system that incentivizes the investment and maximizes the potential for exploration of space," he said, adding this was the second in a "multi-part" series of hearings on the issue.