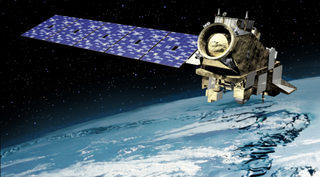 WASHINGTON — NASA awarded a contract to United Launch Alliance March 3 for the launch of the second in a series of next-generation polar-orbiting weather satellites.

The contract for the launch of the Joint Polar Satellite System (JPSS) 2 satellite comes among concerns that the budget for the National Oceanic and Atmospheric Administration, which operates such weather satellites, could be slashed in President Trump's upcoming budget proposal.

The contract covers the mid-2021 launch of the JPSS-2 satellite on an Atlas 5 401 from Vandenberg Air Force Base in California. The contract value is $170.6 million, which covers the launch itself and "other mission-related costs," according to a NASA statement. ULA offers a similar launch, with a "full spectrum" of support services, to commercial customers for $137 million, according to the company's RocketBuilder web site.

NASA did not disclose if it received other bids for the launch. ULA, in a statement, said it won the award "from a competitive Launch Service Task Order evaluation" under its NASA Launch Services contract with the agency. NASA handles satellite and launch procurement for the JPSS and other spacecraft programs for NOAA.

JPSS-2 is the second in a series of new polar-orbiting weather satellites, and the first to be built by Orbital ATK under a contract it won in March 2015 that includes options for two additional satellites. The first JPSS satellite, built by Ball Aerospace, is scheduled for launch this September on a Delta 2. ULA received a $412 million contract in July 2012 that included the JPSS-1 launch and two other Delta 2 missions.

The JPSS-2 launch contract came the same day of news that the Trump administration is considering significant budget cuts to NOAA, the agency that funds the JPSS and other weather satellite programs. A report in the Washington Post said the administration is proposing a 17 percent cut in NOAA's overall budget, based on information provided in a "passback" to the agency from the White House Office of Management and Budget.

According to the report, NOAA's National Environmental Satellite, Data and Information Service (NESDIS), which is responsible for weather satellite and related programs, would suffer one of the biggest cuts, $513 million or 22 percent of its current funding.

Such cuts, if implemented, could affect development of future satellites. NOAA's fiscal year 2017 request projected significant increases in 2018 and future years for the Polar Follow-On program, which would fund development of the third and fourth JPSS satellites and their instruments, and the Space Weather Follow On, a proposed spacecraft to continue space weather monitoring currently handled by the DSCOVR satellite.

NOAA's weather satellite programs have enjoyed bipartisan support in Congress, even as its climate science work has been subject to more partisan debate. A continuing resolution passed by Congress in December, funding the government through April at fiscal year 2016 levels, included a provision giving NOAA the flexibility to spend funding at the rate needed to keep the JPSS program on schedule.