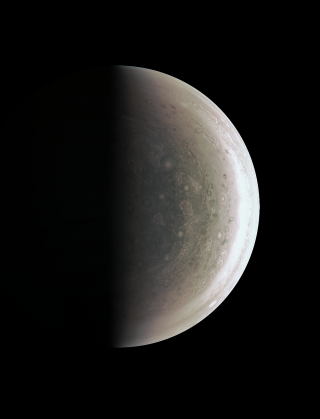 Deep within giant planets, helium may form stable compounds with other elements, a new study finds — something that was long thought never to happen in nature.

Helium is second only to hydrogen as the most common element in the universe; it exists in abundance in stars and gas giants. However, whereas hydrogen easily reacts with other elements to form compounds such as water, helium is a member of a group of elements — known as the noble gases — that do not bond readily with other elements.

Although helium is the most chemically inert element known, scientists have found a few instances in which it can form compounds with other elements. Still, until now, all known helium compounds either were highly unstable or were ones where the helium and the other elements barely interacted with one another. [Element Number Two: Facts About Helium]

Now lab experiments reveal that, at the kinds of high pressures that are found within gas giant planets, helium can form stable compounds with sodium.

"One more traditional assumption — that helium does not form stable compounds — has fallen," said study co-author Artem Oganov, director of Stony Brook University's Center for Materials by Design in New York and head of the Moscow Institute of Physics and Technology's Computational Materials Discovery laboratory.

Previous research suggested that "rules of classical chemistry break down at high pressure," Oganov said. This led study lead author Xiao Dong at Nankai University in Tianjin, China, and his colleagues to investigate whether it was possible "to break yet another rule and discover stable compounds of the most unreactive element — helium," Oganov told Space.com.

The international research team searched for stable helium compounds by running calculations on two supercomputers. These machines included Tianhe II in Guangzhou, China, which is currently ranked as the world's second-most-powerful supercomputer.

In experiments, the scientists successfully synthesized Na₂He by squeezing its components between two diamonds at pressures of about 1.1 million times Earth's atmospheric pressure. The team's calculations predict that the compound will prove stable to at least up to 10 million times that pressure.

"This work gives a spectacular triumph of theory," Oganov said. "This very surprising compound was first predicted by theory, and only then made experimentally."

"It is a very bizarre new kind of compound, in which helium atoms make a huge change in the way sodium atoms interact with each other," Oganov said.

The calculations suggest that the other predicted helium compound, Na₂He O, would be stable from 0.15 to 1.1 million times Earth's atmospheric pressure. Its structure should be similar to that of Na₂He, but in place of electron pairs, it would have oxygen atoms.

These findings could "have implications for planets and perhaps also for stars," Oganov said. Although it remains uncertain what effects such helium compounds might have, researchers can no longer assume that helium is simply inert, he said.

The scientists detailed their findingsonline Feb. 6 in the journal Nature Chemistry.