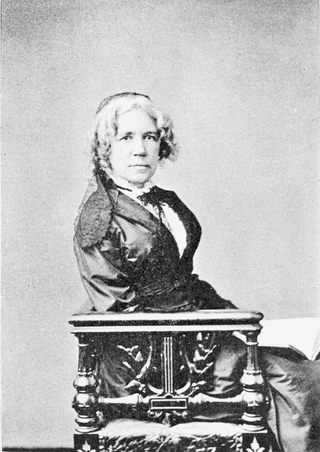 Maria Mitchell studied navigation and astronomy in the 1800s. She discovered a comet in 1847.
(Image: © Public domain)

Maria Mitchell was a 19th-century astronomer and feminist who is best known for discovering a comet in 1847. Her discovery made her instantly famous and resulted in her being elected to the American Academy of Arts and Sciences — the only woman to have the honor until 1943, according to Harvard University Library Open Collections Program.

Mitchell became a professor of astronomy at Vassar College in 1865, and was also named director of the Vassar College Observatory. She not only made strides for female astronomers when few women were working, but asked for — and received — the same salary as a male professor, according to Vassar College.

Mitchell was born on the island of Nantucket, then a major whaling location in Massachusetts, in 1818. Her father, William, was a major force in his daughter's education, being a banker and a schoolteacher himself, according to Harvard. He also maintained chronometers, which were devices that allowed ships to measure time even when moving or sailing in swinging temperatures and air pressures.

Mitchell and her father did astronomical observations together as she grew up. "At age 12, Maria helped her father calculate the position of their home by observing a solar eclipse. By 14, sailors trusted her to do vital navigational computations for their long whaling journeys," wrote the Maria Mitchell Association.

She became librarian of the Nantucket Athenaeum in 1836, where she remained until 1856. During her days there, she mostly read widely, since she could pursue her studies without being disturbed, according to Harvard. She remained close with her father and continued to do astronomical observations.

Then on Oct. 1, 1847, Mitchell was using a telescope on the roof of the Pacific National Bank on Nantucket's Main Street, working above the location where her father was a cashier. It was there that she found a comet that was later nicknamed Miss Mitchell's Comet (more formally designated as C/1847 T1).

The discovery was initially credited to Francesco de Vico, an Italian astronomer and Jesuit priest who reported the discovery first. It was later established that Mitchell saw the comet earlier, however, and she was credited as the discoverer.

Mitchell remained at the library for many years, reportedly finding her new fame "irritating" because it made it difficult for her to work, according to the Maria Mitchell Association. Meanwhile, the U.S. Nautical Almanac asked her to track Venus to help with navigation at sea.

In 1857, Mitchell at last achieved her long-held dream of visiting Europe when she was invited to chaperone a banker's daughter there and in the American South. She made contact with several astronomers in Liverpool and even received approval to see the Vatican Observatory after personally writing its astronomer, Angelo Sacchi, according to the association.

Mitchell and her father moved to Poughkeepsie, N.Y., in 1865 when she became one of the first professors at Vassar College. There, she was able to work in an observatory with a 12-inch telescope — the third-largest telescope in the United States at the time, according to Harvard. She continued her work with planetary and solar astronomy and co-founded the Association for the Advancement of Women, which helped to improve women's rights in the late 1800s. She and her students also saw a total eclipse of the sun in Iowa in 1869.

"Mitchell published the findings of her students along with her own, sometimes in Silliman's Journal, the pioneering American scientific journal established at Yale in 1818 by Benjamin Silliman, and on other occasions in the Nantucket or Poughkeepsie papers," wrote Vassar College of her work.

"She constructed an apparatus for making photographs of the sun and preserved the plate of the photographs in a closet in the observatory — where they were rediscovered during a housecleaning in 1997, in place, and labelled in her own handwriting. Her students used the Morse telegraphy instrument invented and given to them by Samuel F. B. Morse, a neighbor of the college and one of its original trustees."

Mitchell retired in 1888 and died a year later. An asteroid, 1455 Mitchella, discovered in 1937, was named after her, as was a lunar crater. The Maria Mitchell Association — which continues her commitment to education — was established in 2007.