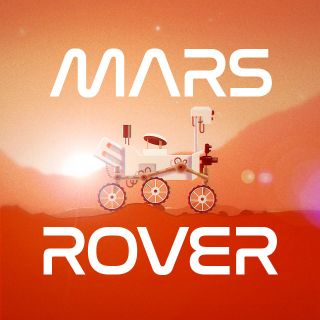 The free game for computers and mobile devices, called "Mars Rover," should help players get a better appreciation of what Curiosity is up to on the Red Planet, NASA officials said. Game players also search for buried water using radar, just as the agency's next Mars rover will do.

JPL worked with the GAMEE game-player network to develop "Mars Rover." You can download the game, and learn more about how it relates to real-life Mars exploration, here: http://mars.nasa.gov/gamee-rover/.

"We're excited about a new way for people on the go to engage with Curiosity's current adventures on Mars and future exploration by NASA's Mars 2020 rover, too," Michelle Viotti, manager of Mars public engagement initiatives at NASA's Jet Propulsion Laboratory (JPL) in Pasadena, California, said in a statement. [The 10 Best Space Apps]

"Using social networks, the user can share the fun with friends," Viotti added. "The interest that is shared through gameplay also helps us open a door to deeper literacy in science, technology, engineering and mathematics."

The app's release date coincides almost exactly with the fourth anniversary of Curiosity's Mars landing, which occurred on the night of Aug. 5, 2012.

During its time on Mars, the $2.5 billion Curiosity mission has determined that parts of the planet could have supported microbial life billions of years ago. Indeed, Curiosity found that the area near its landing site inside the 96-mile-wide (154 kilometers) Gale Crater was a lake-and-stream system that likely persisted for millions of years in the ancient past.

Curiosity is now exploring the foothills of Mount Sharp, which rises about 3 miles (5 km) into the Martian sky from Gale Crater's center.

To date, the rover has beamed more than 128,000 images home to Earth and traveled 8.43 miles (13.57 km) on the Red Planet's surface, NASA officials said. (The record for off-planet travel is held by NASA's still-active Opportunity Mars rover, whose odometer currently reads 26.75 miles, or 43.05 km.)