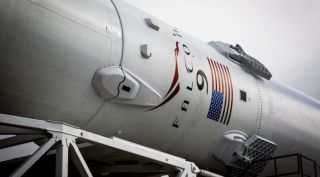 A SpaceX Falcon 9, shown above rolling out to the pad for its Jan. 17 launch of the Jason-3 satellite, will launch SES-9 on Feb. 24, according to SES.
(Image: © SpaceX)

PARIS—Satellite fleet operator SES on Feb. 8 said it is targeting Feb. 24 for the launch of its SES-9 telecommunications satellite aboard a SpaceX Falcon 9 Full-Thrust rocket, a launch that has been repeatedly delayed since September.

Luxembourg-based SES said SpaceX has agreed to modify the SES-9 launch profile to permit the satellite to enter commercial service in before July, as was planned in December, before the latest series of launch delays.

SES did not immediately respond to requests for comment on what flight modifications Hawthorne, California-based SpaceX had agreed to make to reduce the time from when the satellite is dropped off in transfer orbit to its arrival at its operational position in geostationary orbit.

The company referred questions to SpaceX, which did not immediately return requests for comment.

The chemical propellant will be used to raise the satellite's orbit quickly once it separates from the Falcon 9 upper stage. The electric propellant will complete the job of circularizing the orbit at 36,000 kilometers over the equator.

The electric propellant will be used during the satellite's 15-plus-year lifetime for in-orbit maneuvers. SES-9 carries 57 high-power transponders with a total throughput of 2.9 gigahertz and is designed to provide 12.7 kilowatts of power to the payload at the end of its service life.

It is scheduled to operate from 108.2 degrees east to provide video programming in South Asia, Indonesia and the Philippines.

SpaceX conducted the inaugural flight of is Falcon 9 Full Thrust vehicle in December, a successful launch that placed 11 Orbcomm messaging satellites into low Earth orbit before testing a coast-and-re-ignition sequence of the rocket's upper stage, a maneuver that will be required for heavy satellites to geostationary transfer orbit.

"SpaceX is currently completing an extended series of testing and pre-flight validation in advance of the SES-9 launch," SES said.