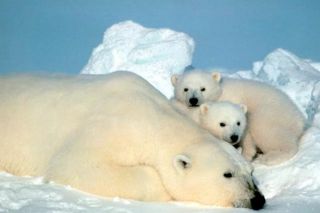 How big and powerful would aliens be compared to humans? The answer that we can currently give is of course limited, because we haven’t found any evidence for extraterrestrial life, yet. But a little statistics knowledge suggests we may beway underestimating a typical alien’s stature.

The University of Barcelona’s Fergus Simpson just conducted a thought experiment along these lines. On a website explaining a recently published paper, he suggests going up to fans of English football (soccer) and asking them to name favourite teams. Most of them will cite the exceptional ones, even though there are 5,000 teams in football that pull in far less revenue and far fewer fans.

Even in an unbiased sample — such as ranking countries by population size — a typical country would be Slovakia, which has a population of 5 million. That far pales with the populations of countries such as China, India and the United States and would likely not get a mention in a similar “name a country” survey.

“The properties of your country, and your football club, are unlikely to be a fair reflection of most other countries and most other clubs,” Simpson wrote on a website explaining the research, The Big Alien Theory. The punchline? When it comes to aliens, the “average” size (he says) is likely to be roughly 310 kilograms, or 683 pounds. That’s about the mass of a polar bear.

To come up with this figure, first Simpson surveyed Earth’s range of species and made a few observations. Species that are larger physically will have lower population densities (think, insects vs. whales). Given that everything in the universe is subject to the laws of thermodynamics — meaning, larger species consume more energy — this is probably a common theme across the universe.

How Aliens Can Find Us (and Vice Versa)

Some aliens may be very energy-efficient or live in very different environments than ours, but Simpson argues we aren’t looking at the outliers. We are thinking about the average alien. Simpson then compared a typical human with the range of species of Earth. Turns out on Earth, we are slightly below average. The polar bear is more typical — and that’s likely where the average alien’s size would lie.

The Most Horrific Alien Planets In Our Galaxy

“What does this value of 310 kg really mean? Think of it like a spread bet in a sporting event. If a strong team plays a weak team, bookmakers offer a handicap of several points to the weaker team in order to ensure the odds of each team winning are even, at 50 percent,” Simpson wrote.

“It’s a similar situation here – it’s not that we should expect an alien species to be exactly 310 kg, but there is an equal chance of an alien species being heavier or lighter than 310 kg.”

To check out the theory for yourself, head over to Simpson’s website or read his prepublished paper on Arxiv.