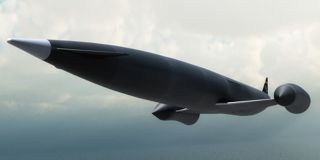 This article was originally published at The Conversation.The publication contributed the article to Live Science's Expert Voices: Op-Ed & Insights.

Launching satellites, spacecraft and people into space is expensive because we only use our launch vehicles once. After delivering their payloads into orbit, our rockets either burn up in the atmosphere or crash into the ocean. Imagine how expensive a transatlantic flight would be if aircraft made only a single flight before being scrapped – this is the situation with the commercial space industry. Rocket fuel accounts for only 1,000th of the total launch cost, with the rest largely accounted for by the one-shot, disposable launch vehicle.

Engineers have spent decades on this problem, and finally two different solutions have emerged: US-based SpaceX has built a rocket that can return to base, using its rocket engines to land vertically, while UK-based Reaction Engines is touting Skylon, a spaceplane built around its hybrid turbojet/rocket SABRE engine, which can travel into space – but takes off and lands on a runway like an aircraft.

Both solutions are promising. Both have significant financial support. But which approach is more economically sound? Will one solution render the other obsolete? Using the best information available, with support from BBC Sky at Night Magazine, I’ve tackled this question.

The graph below summarises the answer to this question in terms of the cost per kilogramme to take a payload into low Earth orbit (LEO), and the effect of using reusable launch vehicles.

Here Skylon is compared to two rockets from SpaceX, the Falcon 9 and the Falcon Heavy, its bigger brother due to launch for the first time in April. The most cost-effective expendable rockets are also included for comparison.

The graph – notice the two different x-axes – reveals that Skylon is vastly more expensive and requires many more reuses before its launch costs fall to the same as reusable rockets. Even then, Falcon rockets can be cheaper still. With this in mind, it’s a wonder that the European Space Agency is still pushing forward with its ludicrously expensive Ariane 6 launch vehicle.

Even with a significant drop in launch costs, it’s questionable whether the commercial market for launch services would grow sufficiently large to provide Skylon with the use needed to drive down its overall costs. Last year the total number of rocket launches worldwide was just 92.

There are several reasons why Skylon remains uncompetitive when compared with even the partially reusable (let alone the fully reusable) Falcon rockets:

Reaction Engines recently partnered with BAE Systems, but Skylon is still for the most part a white-paper idea being touted by a group of 100 or so supporters. There would need to be a decade of development and testing – and £14 billion in investment – before Skylon ever makes it near a runway.

On the other hand SpaceX, a company valued at £8 billion with around 4,000 staff and currently turning a profit, is perhaps no more than a few years away from a fully operational 1st-stage reusable Falcon rocket programme. Recent tests have demonstrated that it has almost perfected the tricky automatic rocket landing. Once they do, they will dismantle and study the vehicle. The design will be optimised, reliability improved and costs lowered further.

Muddying the waters with politics

In 1996, a Chinese Long March 3B rocket crashed on launch, and the US suspected Chinese authorities stole US encryption technology attached to the rocket’s payload, an Intelsat satellite. The political firestorm that followed created significant, heavy-handed changes to US legislation relating to satellites and other space technologies.

A consequence of this is that SpaceX has difficulty attracting non-US customers and little chance of working with foreign governments – which now make up two-thirds of the launch market worldwide. This gives the UK’s Skylon a huge competitive advantage as it faces no such restrictions – in fact, within the non-US market, Skylon would have no real competition at all. However, moves are already afoot to relax these rules. Only time will tell if these changes extend to commercial launch operators like SpaceX.

In terms of tackling the problem of expendable rockets, it seems that Reaction Engines are about a decade too late. SpaceX has nearly cracked it. However, the SABRE engine is a remarkable technological leap forward, technology that could find a place in civil aviation as the keystone in hypersonic passenger and transport aircraft of the future.