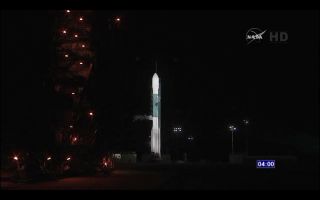 The launch of NASA's newest Earth-gazing satellite will have to wait another day due to high winds that made launch too risky Thursday (Jan. 29).

NASA's SMAP mission is designed to monitor the moisture content of soil on Earth. The satellite is expected to create a global map of soil moisture once every two to three days, providing scientists with unprecedented data about droughts and floods.

The soil moisture information can help researchers craft better weather forecasts and understand more about the interconnected nature of Earth's water, energy and carbon cycles, according to NASA.

"SMAP is in a unique position because its measurements impact two distinct domains," Dara Entekhabi, SMAP science team leader, said during a news conference Tuesday (Jan. 27). "One, of course, as a science mission it impacts how we fundamentally understand how the environment works and peer into the metabolism of the environment. And second, it impacts some of the applications that touch our everyday lives."

Once launched, the 3-year, $916 million SMAP mission will join the other Earth-gazing missions currently monitoring the planet from space today. SMAP will be in a polar orbit that takes it about 426 miles (685 kilometers) above Earth's surface.

The satellite comes equipped with a huge, nearly 20-foot (6 meters) rotating mesh antenna that is currently folded up but will be deployed after the spacecraft reaches orbit.