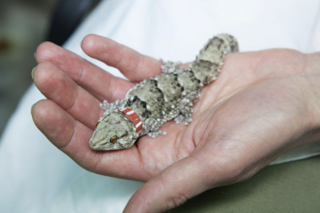 Five geckos were sent to space so that scientists could observe their mating habits in microgravity.
(Image: © Roscosmos)

A Russian space capsule carrying more than 20 science experiments — including a habitat full of geckos on a mission to mate in orbit — was feared to be in trouble for a few days after it stopped responding to commands from the ground.

But now, Russian space officials say they've re-established contact with the space gecko satellite and are investigating what went wrong, according to news reports.

Oleg Ostapenko, head of the Russian space agency Roscosmos, told the Itar-Tass news agency on Saturday (July 26) that all systems were working normally and that commands were successfully sent to the Foton M4 capsule to continue its mission. [Animals in Space: 10 Beastly Tales]

"Under any circumstances, we will surely carry out 90 percent of the planned program," Ostapenko told the news agency.

The capsule containing the five geckos (and several other Russian and German biological experiments) launched on July 18 for a two-month mission. With the help of a live feed from inside the geckos' habitat, scientists planned to monitor how microgravity affected the adult geckos' sexual behavior and embryonic development, Spaceflight Now reported last week. Roscosmos officials had announced that the spacecraft stopped responding on July 24.

Someone might want to pass along the good news to John Oliver.

On Sunday night (July 27), the comedian used a segment on the feared-to-be-lost space geckos on his HBO show "Last Week Tonight with John Oliver" to turn attention away from the depressing events in the Ukraine and Gaza.

"Maybe, just maybe, if we could come together and accomplish one thing as a civilization, we could then build on that progress," Oliver told his audience. "And I think rescuing these space sex geckos might just be that thing. And that is why, I'm issuing a challenge to humanity: Go get those geckos."

Oliver even got a few space celebrities in on the joke. He showed clips of Virgin Galactic's Richard Branson, Apollo 11 astronaut Buzz Aldrin and "Star Trek" legend Sir Patrick Stewart, among other stars, all issuing his plea: "Go get those geckos."

Russian officials say they got the geckos, but the animals still have quite a journey ahead of them before they make it back to Earth safely. Their capsule has to survive a fiery re-entry into the planet's atmosphere and land in southern Russia in mid-September with the help of a parachute, if all goes as planned.

The geckos are hardly pioneers when it comes to sex in space. Japanese killifish were the first vertebrates to mate and reproduce in space, during a mission in 1994. That investigation has been followed by fertilization experiments involving frogs, salamanders and mice.

NASA and Roscosmos have long maintained that no astronauts have ever had sex in space. But procreation will be a very necessary part of establishing a permanent settlement on Mars or another faraway space destination. Experiments with other animals could help scientists explore the possibilities and safety of human sex, pregnancy and childbirth in microgravity.