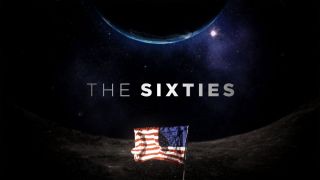 Editor's Note: CNN postponed the premiere of "The Sixties: The Space Race," previously scheduled for July 17, due to the loss of the Malaysian airliner in the Ukraine. The episode will now debut tonight (July 24) at 9 p.m. EDT.

The first moon landing, 45 years ago on Sunday (July 20), didn't just define a decade, it set a new chapter in human history.

The one-hour episode, premiering on the cable news network on tonight (July 17) at 9 p.m. EDT, recounts the not-so-small-steps that led to "a giant leap for all mankind." It features new interviews with Apollo 11 moonwalker Buzz Aldrin, Neil Armstrong's Gemini 8 crewmate David Scott, "A Man on the Moon" author Andrew Chaikin, Hanks and more. [Apollo 11: The First Manned Moon Landing in Pictures]

The story of the race to the moon has been told before, of course, including by Hanks in his 1998 Emmy-award winning HBO miniseries, "From the Earth to the Moon," which was based on Chaikin's book. Here, director Mark Herzog ("Gettysburg" for the History Channel) has the challenge of capturing an entire decade's worth of space exploration achievements in only one 60-minute segment.

Not to mention, a photographic first, too.

"I was standing up in the hatch and looking around," recalls Aldrin, describing his spacewalk on Gemini 12, two and a half years before he would land on the moon. "Took a couple of pictures of Texas and the Astrodome, and I decided, well, let me just turn [the camera] around and take a picture. Nothing unusual about that."

"But that was the first selfie in space," Aldrin explains.

The commentary accompanying the now iconic-footage in "The Space Race" is what sets it apart from past, similar projects. While there are no great new revelations (first selfies aside), the show finds its strength in its choice of voices, including author Douglas Brinkley, NASA Administrator Charles Bolden, space shuttle astronaut Mike Massimino and journalist Jim Slade.

"My generation was the generation that changed the moon from an object to a place, and that will never happen again. There can only be one first time," Slade observes.

In addition to the interviews conducted for the show, "The Space Race" pulls heavily from archival news coverage of the space missions, including anchors Jules Bergman and Walter Cronkite, the latter featured while filing reports aboard a weightless training flight and strapped into moonwalking simulator.

By the end of the hour, viewers may find themselves either basking in nostalgia or gaining a new glimpse into what set the Sixties apart — an arc of history that successfully landed men on the moon and returned them safely to Earth before the decade was out.

To learn more about CNN's "The Sixties" series, visit:
http://www.cnn.com/SPECIALS/us/the-sixties

"The Sixties: The Space Race" premieres on CNN on Thursday (July 17) at 9 p.m. EDT, with an encore broadcast at 10 p.m. The episode will re-air as part of marathon airing of the series on Saturday (July 19) at 10 p.m. and midnight EDT. Check local listings.