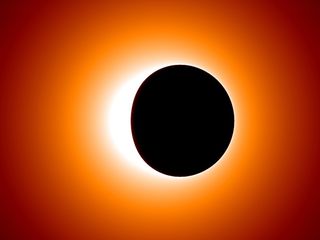 A team of European astrophysicists plans to capture the world's first image of a black hole, and a newly awarded grant may help that dream come true.

The European Research Council has given 14 million euros (about $19.3 million at current exchange rates) to the team behind BlackHoleCam. This project aims to peer at the supermassive black hole at the core of our Milky Way galaxy and image its event horizon — the theorized boundary beyond which nothing, not even light, can escape.

"While most astrophysicists believe black holes exist, nobody has actually ever seen one," Heino Falcke of Radboud University Nijmegen in the Netherlands, one of BlackHoleCam's three principal investigators, said in a statement Tuesday (Dec. 17). [The Strangest Black Holes in the Universe]

"The technology is now advanced enough that we can actually image black holes and check if they truly exist as predicted: If there is no event horizon, there are no black holes," Falcke added.

BlackHoleCam will use a technique called Very Long Baseline Interferometry (VLBI) to study the Milky Way's central black hole, which is about 4 million times more massive than the sun. In VLBI, multiple radiotelescopes around the world focus on an object, and a supercomputer then synthesizes and integrates their various observations. This method can, in effect, create a virtual telescope the size of the entire Earth.

BlackHoleCam won't be able to image the black hole itself, but researchers think they can get a look at the event horizon, a feature predicted by Einstein's theory of general relativity.

Gas sucked in by black holes' immense gravitational pull produces strong radio emissions before it disappears. The event horizon should betray its presence by casting a dark shadow on those bright emissions, researchers said.

"Einstein’s theory of general relativity is the best theory of gravity we know, but it is not the only one. We will use these observations to find out if black holes, one of the most cherished astrophysical objects, exist or not," Luciano Rezzolla of Goethe University in Frankfurt, Germany, another of the project's principal investigators, said in a statement.

"Finally, we have the opportunity to test gravity in a regime that until recently belonged to the realm of science fiction; it will be a turning point in modern science," he added.

The BlackHoleCam team plans to use the huge new ALMA (Atacama Large Millimeter/submillimeter Array) observatory in Chile, among other radio instruments, researchers said. The project will also collaborate closely with the Event Horizon Telescope, an American-led VLBI effort with similar goals.