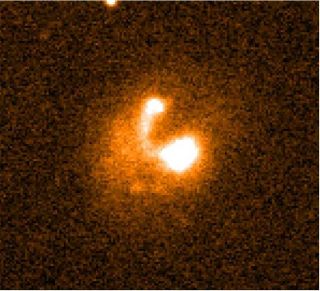 New findings are revealing how individual galaxies in galaxy clusters evolve over time, changing from chemically simple to complex and from spirals to smooth disks.

Galaxies typically form in groups of a few dozen. Our own Milky Way is a member of a collection of more than 50 galaxies called the Local Group. Galaxy groups can become members of even larger conglomerates, called galaxy clusters, which contain about 150 large galaxies and hundreds of small, dimmer ones.

Scientists have long figured that galaxies evolve in a hierarchical structure, with mergers fueling growth, forcing star formation, and altering structure. But the details of the process remain unknown. In particular, how galaxies smooth out over time is a mystery.

One study by researchers at Oxford University and the Gemini Observatory found that the chemical compositions of galaxies at the center of some of the largest clusters change over time.

It was previously thought that these central galaxies formed rapidly during the early development of the universe and then underwent so-called "passive evolution," in which they just aged without experiencing further structural changes. If this were true, scientists would expect galaxies at the centers of clusters to have the same amount of light elements they initially formed with.

When the researchers actually looked, however, they found that galaxies located in far away clusters--seen as they existed in previous epochs--showed large variations in the abundance of elements such as oxygen and magnesium, while the chemistry of galaxies in close, young clusters were much less varied.

"This difference in chemistry proves that the clusters must actively change over time," said study team-member Jordi Barr from Oxford University.

At the same meeting, Chris Moss from Liverpool John Moores University, presented new results that could solve the mystery of how the shape of galaxies in clusters transform over time from spirals into smooth disks.

For reasons still unclear, many galaxies have a spiral shape when they initially form. Yet over the past several billion years, many galaxies in clusters have changed from spiral to a smooth, or "lenticular," disk shape.

Theory suggests that galaxies can change from spiral to lenticular when two of them collide in slow motion interactions. When two galaxies of unequal mass merge, gravitational effects pull gas to the center, sweeping away the spiral structure and leaving behind a smooth, barren disk.

But until now, scientists weren't sure when these slow-motion collisions actually happened. Galaxies orbiting inside galaxy clusters move in random directions and whiz past each other too quickly to create the type of slow-motion collisions that are ideal for generating lenticular galaxies, computer modeling suggests. On the other hand, galaxies in groups far from clusters don't interact enough, slow motion or otherwise, to explain the abundance of lenticular galaxies astronomers see today.

So when do the collisions occur? The answer, it seems, is while galaxy groups fall into clusters.

"A group outside the cluster will have some interaction but not very much. But when it actually falls into the cluster, the interaction of the galaxies in the group increases," Moss told SPACE.com.

Moss and colleagues looked at infalling galaxies and found that most of their shapes were distorted and that their stars were forming at higher than normal rates. Between half and three-quarters of the galaxies were either very close to one another or appeared to have collided and were in the act of merging with a companion galaxy.

Scientists predict that the Milky Way will undergo such a collision with its neighbor Andromeda in about three billion years. When that happens, both will lose their spiral shapes and merge into one large elliptical galaxy.