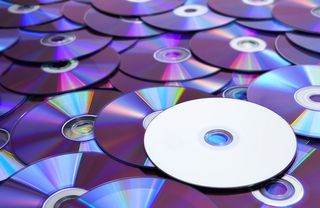 Instead of unfolding, the whole story of time may be predetermined like the contents of a DVD.

Is time an illusion? Does time "pass"? And do people have free will, or just predetermined destiny?

Those questions were the subjects of heated debate during a four-person panel session called "A Matter of Time" at the World Science Festival, held recently in New York. However, one concept that did unite all four experts was the use of gadget metaphors (and factoids) to explain the workings of time.

The jumping-off point was Albert Einstein's theories of relativity. Einstein trashed the intuitive, classical model of the universe, inspired largely by Isaac Newton, with mind-bending concepts, such as the interrelationship of space and time.

"From Newton onwards, we thought there was one way of carving up the universe, like ham in a deli slicer," said Craig Callender, professor of philosophy at the University of California, San Diego. "Einstein thought that there really isn't any such thing as time and space, there's space-time…and you can carve up the events of the world into space and time in different ways." [See also: 10 Inventions That Were Ahead of Their Time]

In the give-and-take between time and space, observers moving at different speeds will experience time progressing at different rates. Scientists first measured this by synchronizing very precise clocks both on the ground and in planes.

By the end of the journey, the clocks were out of sync: The ones on the ground were ahead of the ones that traveled on the plane. Gravity also affects time: The weaker it is — say, the farther you are from the Earth — the faster time passes. Each process causes a phenomenon called time dilation.

Though small, the differences affect one of the most important technologies of a smartphone: GPS. The system uses satellites orbiting about 12,000 miles above Earth to tell people back on the ground precisely where they are. "If you took time dilation out of the [GPS] algorithm, taxi drivers would be lost within hours," said Paul Davies, a professor at Arizona State University with expertise in physics, cosmology and astrobiology. [See also: Global GPS Infrastructure 'Vulnerable to Attack']

Though the clocks read differently depending on their spatial relationship, it may not be accurate to say that time "passes" at different rates, or that time even can "pass." Davies and Max Tegmark, a physics professor at MIT, believe that time doesn't progress in order.

"Our life is a movie, but space-time is the entire DVD. The DVD is not changing," said Tegmark. "It's wrong to say the actor in the DVD, the hero, is travelling through the DVD. It's all there."

If, as Tegmark says, the contents of this DVD are set, that brings up the sobering notion that everything is predetermined. There is no free will.

Tegmark uses the DVD analogy not only for the notion of time passing but also to explain that time may exist only since the Big Bang, which may have brought the universe and time into existence. It's pointless to ask what happened before the DVD, he said, because everything that has or will happen is in the DVD.

When did the DVD start? The universe is thought to be about 13.8 billion years old, based on estimates of how fast the universe is expanding and how long it would have taken to reach its current size. And the farther out we look, the closer we get to seeing the beginning of the universe — from older galaxies to younger galaxies, to no galaxies and finally to a glow of superhot hydrogen plasma. "We are surrounded by a giant plasma screen," said Tegmark.

Though the panelists didn't mention it, all the talk of time and TV might remind tech geeks of a fixture of home entertainment: "Doctor Who." With 50 years of episodes available on DVD (and video streaming), the show does exists at many points in time at once.

In the Hugo-award-winning episode, "Blink," the Doctor, as played by actor David Tenant, may have conveyed the conundrums of time as well as anyone: "People assume that time is a strict progression of cause to effect. But actually, from a nonlinear, non-subjective viewpoint, it's more like a big ball of wibbly-wobbly timey-wimey…stuff."