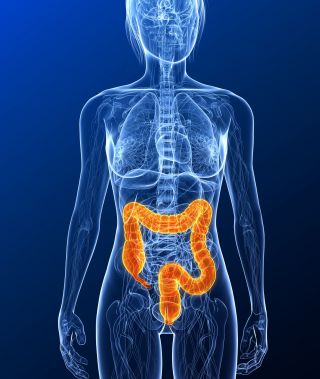 Space travel may increase the risk of colon cancer, according to a new study in mice.

The results show mice exposed to a type of high-energy radiation prevalent in space called 56Fe  developed tumors in their intestines.

A second study by the same group of researchers suggests why this might be: Cosmic radiation prevents gut cells from destroying a protein called beta-catenin, which in turn, promotes uncontrolled cell growth, the researchers said.

In space, astronauts are exposed to levels of radiation that, on Earth, have been shown to increase the risk of cancer. But exactly how much a person's cancer risk might increase after a trip to space it not known.

"Sustained exposure during prolonged space missions, such as a mission to Mars, and lengthy stays at the International Space Station may cause significant cosmic radiation dose accumulation in astronauts, and thus remains a long-term health concern of space exploration," said study researcher Kamal Datta, of the Georgetown Lombardi Comprehensive Cancer Center in Washington, D.C.

The findings are from two separate studies presented this week at the American Association for Cancer Research meeting in Washington, D.C.

Pass it on: Avoiding space travel is one way to avoid raising your risk of colon cancer.