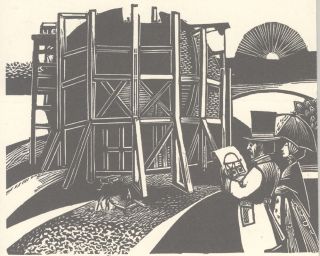 An artist's impression of the "Brick Moon."
(Image: © NASA.)

In this historical photo from the U.S. space agency, an artist gives his impression of the "Brick Moon." "The Brick Moon" was the title of an article published in the Atlantic Monthly by Edward Everett Hale in 1869. This piece was the first known proposal for an Earth-orbiting satellite.

Hale envisioned that the satellite could be used by mariners as a navigational aid. He believed it would be the longitudinal companion to the latitudinal North Star. In 1869, this story was considered fantasy but in retrospect "The Brick Moon" foreshadowed the need for a space station and some of its technologies.