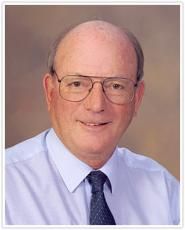 Editor's note: This obituary for noted astronomer Michael Drake was released by the University of Arizona to commemorate his distinguished career as a planetary scientist.

Drake, who joined the UA planetary sciences faculty in 1973 and headed LPL and the planetary sciences department since 1994, was the principal investigator of the most ambitious UA project to date, OSIRIS-REx, an $800 million mission designed to retrieve a sample of an asteroid and return it to Earth. OSIRIS-REx is due to launch in 2016. It is the largest grant or contract the UA has ever received.

Drake played a key role in a succession of ever more high-profile space projects that garnered international attention for LPL and the University. [Video: The OSIRIS-Rex Mission to 1999 RQ36]

Drake also was a Fellow of the American Geophysical Union, the Geochemical Society and the Meteoritical Society, and he was president of the latter two.

As a young assistant professor, Drake joined a much smaller LPL in 1973. The lab occupied only a part of what is now the Kuiper Space Sciences Building, and most of his colleagues came from astronomy. Planetary sciences did not have the cachet then that it does now.

"It was, from my point of view, a strange environment," Drake wrote earlier on LPL's website. "It's like the Tower of Babel; you talk in your own language and your own jargon, and communicating across fields is surprisingly difficult. It took a few years before I think most of us began to understand what motivated the other ones, what we were really saying. I think it helped us to speak in clearer, plain English and minimize the jargon, because we came from such different backgrounds."

"Mike thought and spoke clearly so you always knew where he stood on an issue," Strittmatter said. "He was a superb director of LPL, a great leader and a great personal friend. He will be sorely missed by all of us at the University of Arizona and especially those involved in the space sciences."

Peter Smith, the principal investigator for the Phoenix Mars Lander mission, said he began working with Drake when Smith was building the camera for the 1997 Mars Pathfinder. He called Drake's handling of the complexities of proposal development "masterful."

"We would meet monthly to review progress and plan strategy," Smith said. "Mike always encouraged excellence and made sure that the University was providing full support to our programs. Over the years, as my career progressed through various missions to Mars, he was there when troubles surfaced and a political push was needed," said Smith, who is also part of the OSIRIS-REx mission.

"He watched our flight projects from the sidelines; his enthusiasm made it clear that he wished for a more direct involvement. After winning the project of his dreams, Mike will continue to inspire and lead through the legacy of his accomplishments."

Edgar J. McCullough, retired professor and head of the UA geosciences department and dean of the College of Science, said he and Drake became friends in the early 1970s when they would go on weeklong backpacking excursions around the West.

"When he was in planetary sciences and I was head of the geosciences department, we set up a microprobe laboratory with funding from both departments. It was the first big piece of diagnostic equipment here at a time when geoscience was becoming more of an analytical science," McCullough said. "He was the kind of faculty member you wanted because he was also strong on teaching, especially undergraduates."

McCullough said Drake helped develop promotion and tenure policies for the college and was instrumental in establishing a joint position between the colleges of science and education to create science education programs. Drake also led a major undergraduate teaching effort in planetary sciences, even though the department was created as a graduate program.

Joaquin Ruiz, executive dean of the Colleges of Letters, Arts and Science, said: "Mike was a distinguished scholar, an accomplished administrator and a good friend. His students loved him for his energy, smarts and care. He was able to run the department of planetary sciences incredibly smoothly at the same time as he was writing significant papers about the early evolution of the Earth and solar system and still have time to successfully compete for OSIRIS-REx."

Timothy Swindle, the assistant director at LPL, summed it up, saying, "Not only was he a world-class scientist, but he was a tireless advocate for the Lunar and Planetary Laboratory and all the people who have worked here. Personally, he was a friend and mentor for me, and for many others, and we will miss him deeply."