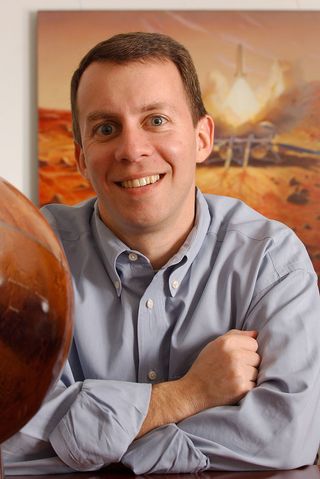 WASHINGTON — President Obama's State of the Union address last week detailed an ambitious set of goals for the country in terms of technology and innovation. He stressed investments were needed in biomedicine, information technology and solar power, and likened the funding to "The Apollo Project," which put the first man on the moon.

"This is our generation's Sputnik moment," Obama said in his speech, adding that the country needs to "fund a level of research and development we haven't seen since the height of the space race."

Sputnik, the Soviet Union's 184-pound satellite that was the first to launch into space in the late 1950s, prompted the United States to begin its own space program.

NASA is currently funding a study with the National Academy of Sciences/National Research Council to help the organization prioritize which space technologies should be pursued in the future. The council is holding workshops in the upcoming months to seek public input on innovative technological ideas and insights that may influence the future of space exploration.

SPACE.com spoke with NASA Chief Technologist Robert Braun about our current Sputnik moment and what's in store for the future:

SPACE.com: What do you think about the space race references President Obama made in the State of the Union address?

Robert Braun: Some people probably didn't get the Sputnik reference because they don't know what Sputnik is — and that is saddening. The analogy is apt for where we stand right now. Tech leadership is the space race of today.

If we want to be a technology leader, we have to make tech advancements. Investments in innovative research and technology development are the keys to stimulating the economy and building our country's global economic competitiveness through the creation of new products and services, new business and industries, and high-quality, sustainable jobs.

SPACE.com: Why do you think the Sputnik reference was lost on some people?

Braun: I'm 46. People my age or older are certainly aware of Sputnik. However, my kids who are in high school and middle school may not have understood this reference. Those were extraordinary times during which NASA was born. The technological achievement of Sputnik woke up the world to the important role technology was to play in a modern world. America is the nation we are today because of those investments, thanks to those engineers and scientists.

Today, as iPhones and BlackBerries become even more commonplace, the marvel of Sputnik may not be as well-known to a generation that has never known life without the Internet. I do think, however, that young people understand the important role technology has in their lives and want to contribute to our nation's technological future.

SPACE.com: Do you see signs that our country is getting better at inspiring young people about science and technology?

Braun: Yes. The president's speech and the broad support for the technology and innovation focus contained within his remarks are the most recent sign that our government is taking this important matter seriously.

SPACE.com: How can we move forward with this as a nation?

Braun: If we want to be a technological leader, we have to make investments in research innovation and technology development. In addition, to maintain our competitive edge on the world stage, our nation needs to improve both the number of students and quality of our educational programs in science, technology engineering and mathematics. I am very passionate about this.

We also have to engage a broader community of innovators: those within and external to government, people who are young and passionate about their technological future and experienced engineers and scientists who understand not only the challenge of developing new technology, but the challenge of commercializing that invention and creating new products and services for our society.

We are currently working with other government agencies to build programs that allow an innovator to take an idea from concept to flight.

SPACE.com: What is NASA doing today to move technology along in this country?

Braun: We are currently holding meetings with the National Research Council that are open to the public to discuss innovative technological ideas and insights that could influence the future of space exploration.

We need help with prioritizing which technology NASA should pursue on a limited budget. We know we can make a difference through tech to reinvigorate the aerospace industry and get NASA back to its roots as a true innovator. But we can only do that if we have a plan. This community-driven activity was called for by Congress in the NASA Authorization Act of 2010, and so far we are off to a great start.

Samantha Murphy is a Staff Writer for TechNewsDaily, a sister site of SPACE.com.