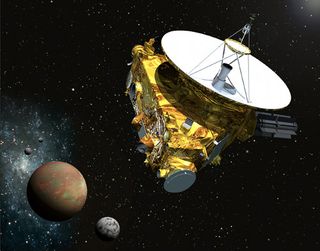 "From here on out, we're

New Horizons has been billed

The spacecraft is headed to

Instead, it will record

Pluto is an oddball world