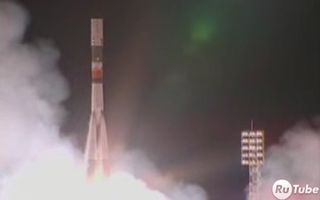 The Soyuzrocket blasted off from the Central Asian spaceport of Baikonur Cosmodrome inKazakhstan with the unmanned Mini-Research Module 2, a new multipurpose roomfor the space station that can serve as a docking port, storage closet or anairlock for Russian spacewalks.

?It?s veryimportant right now,? said Russian cosmonaut Maxim Suarev, who currently liveson the space station, before he left Earth. ?This is additional space to storeequipment and other things that are on board the station, but the primaryobjective is for us to use the module for extravehicular activity.?

Poisk isRussia?s firstnew addition to the station since 2001, when the country?s Federal SpaceAgency launched the Pirs docking compartment ? a room similar to Poisk that isattached to the outpost?s bottom, Earth-facing side.

Spacestation managers and astronauts have said Poisk is vital because it will add afourth docking port for visiting Russian spacecraft like Soyuz crew vehiclesand unmanned Progress cargo ships. The module is due to dock autonomously to apoint on top of the space station.

The stationcurrently has three berths on its Russian segment ? two on the bottom and oneat the aft. Today, all of them are taken by two Soyuz spacecraft (lifeboats forthe station?s six-person crew) and an unmanned cargo ship.

?With sixcrewmembers on board, you have to permanently have two Soyuz docked,? said KirkShireman, NASA?s deputy station program manager. That means a third dockingport is be required during crew changes, and yet another for the cargo ship, headded.

So the fourthdocking port will add some flexibility for cargo and crew scheduling since it willease traffic and spacecraft parking concerns at the station, Shireman toldSPACE.com. The station also has an American-built docking port at the front forvisiting space shuttles.

NASAofficials did not have information from Russia's Federal Space Agency on theestimated cost for Poisk, Shireman said.

The $100billion space station has been under construction since 1998 and is home tosix people: two Russians, two Americans and one astronaut each from Canada andBelgium. It is the product of cooperation among 16 different countries.

The rocketcarrying Poisk launched just six days ahead of NASA?s space shuttle Atlantis,which is slated to lift off Monday from Florida to deliver a giant load ofspare parts to the space station. A Soyuz spacecraft is also expected to departthe station in a few weeks to return three astronauts back to Earth.