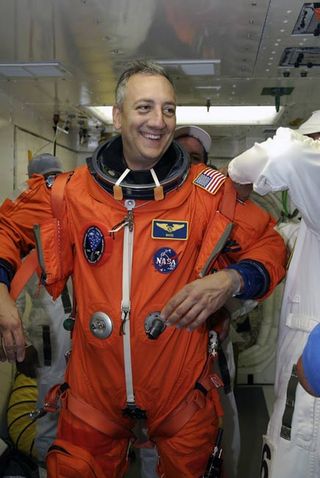 Astronaut Mike Massimino has boldly gone where no man hasgone before: He sent the first Twitter message from space.

Massimino began using the microbloggingWeb site a few months ago, updating his followers on the day-to-day life ofan astronaut and his training for the upcoming mission.

Massimino and the other six members of the space shuttleAtlantis' trip to servicethe Hubble Space Telescope launched Monday. His first Twitter message(called a "tweet") from space communicated hisexcitement about the launch ? in under 140 characters (one of the site'sconstraints).

"Launch was awesome!!"Massimino tweeted Tuesday via his Twitter alter ego @Astro_Mike. "I amfeeling great, working hard, & enjoying the magnificent views, theadventure of a lifetime has begun!"

Since then, he's sent a couplemore messages through the social networking technology. Massimino transmits hismessages to Mission Control on the ground, and NASA posts them to the Web at: http://twitter.com/astro_mike.

"Rendezvous and grapple weregreat, getting ready for our firstspacewalk," Massimino tweeted Thursday.

Massimino is a veteran spacewalker making his second trek toHubble. He took up Twitter at the suggestion of NASA's Public Affairs Office,as a way to give the public a peek at life as an astronaut.

"Beingan astronaut?s a cool job, we?re very fortunate to have it and day-to-day weget to do some fun things," Massimino said before flight. But the busyschedule can make it hard to reach out to people, he said. "Theopportunity to use Twitter has been great, because by definition it has to beshort."

Whilehe's doing his best to stay in touch from orbit, there are some times thatTwitter will be technologically out of reach for Massimino.