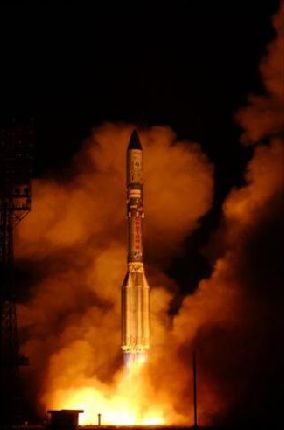 "The third stage ofthe rocket separated and has started an autonomous flight along theorbit," the Khrunichev research and production space center told Interfax.

The Nimiq-4 was built by theEuropean company EADS Astrium, and is based on the Eurostar E3000S satelliteplatform. It should occupy a geostationary orbit for 15 years.

Several Canadian satelliteshave already been launched from the Baikonur space center under contracts withTelesat Canada. Proton-K rockets put the Nimiq-1 satellite into orbit on May21, 1999 and Nimiq-2 on December 30, 2002. These were followed by successfullaunches of spacecraft similar to the Nimiq, namely the Anik-F1R in2005 andAnikF3 in 2007. The launch of Nimiq-5 from a Proton-M is scheduled for 2009.