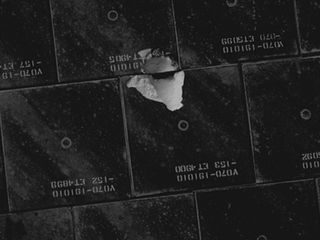 HOUSTON -- NASAengineers are analyzing a small, but deep, gouge in the belly-mounted tiles onthe space shuttle Endeavour to determine whether astronauts will have to repairthe damage in a spacewalk, mission managers said Sunday.

"Idon't have an idea of whether a repair will be required," said Shannon,who chairs Endeavour's mission management team. "But if we do, we'lladdress that and I have full confidence that if one is required, we'll goexecute it."

Shannonsaid analysts have refined their estimates of the fueltank foam debris that carved the gouge into Endeavour's underbelly58 seconds after the orbiter's Aug. 8 launch.

It was abaseball-sized chunk of foam, slightly smaller than earlier, grapefruit-sizedestimates, that fell from a bracket on Endeavour's fuel tank, then ricochetedoff a metal strut into the tiles about four feet (1.2 meters) from thespacecraft's right landing gear door. After the initial hit, the foam scrapedalong Endeavour's aft leaving several secondary dings that were later found tobe of no concern, NASA said.

"Theprimary concern is on the main gouge there that goes all through the thickness ofthe tile," Shannon said.

The foamdamage etched a 3 1/2-inch by 2-inch (9-centimeter by 5-centimeter) gash acrosstwo tiles on Endeavour's belly. The damage left a tiny area of about 0.2-inchby 1-inch (0.5-centimeter by 2.5-centimeter) bare of any heat-resistant tilematerial, Shannon said.

In a bit ofluck, the damage occurred right underneath a spot on Endeavour's wing that includesa metal rib, which also lends additional heat resistance to the local area, he added.

NASA has kepta watchful eye on shuttle fuel tank foam debris and the integrity of itsorbiters' heat shields since the 2003Columbia accident. A 1.67-pound (0.75-kilogram) chunk of foam breachedColumbia's left wing during launch, leading to the loss of the orbiter and itsseven-astronaut crew during reentry.

Shannonsaid engineers will use the detailed images and laser data collected on the gougeduring Sunday's focused inspection to build a three-dimensional model of thedamaged tile.

They willthen run it through computer simulations Monday to study its thermal properties.Physical mockups of the damage will be also be tested in NASA's arcjet facilityhere at JSC, where they will be subjected the same extreme temperaturesEndeavour will experience during reentry and landing.

Theextension is due to the success of a new Station-to-ShuttlePower Transfer System that allows Endeavour to siphon electricity from the spacestation's solar power grid to conserve its own fuel cell-driven resources.

The Boeing-builtsystem was activated just after Endeavour docked at the ISS on Friday and hasbeen feeding the shuttle an average of six kilowatts, except during spacewalkswhen the available power was a bit lower.

Initiallyslated for an 11-day spaceflight, Endeavour's STS-118 crew will now remain inorbit for about 14 days, 10 of them aboard the ISS for a record shuttle visit, NASAhas said.

The extratime will allow Endeavour's crew to perform an extra, fourth spacewalk andshould allow Morgan to take part in up to three interactive video events withstudents on Earth, NASA has said.