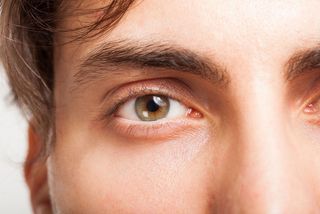 Some eclipse watchers reportedly put sunscreen on their eyeballs during last week's solar eclipse, in what appears to be a misguided effort to protect their eyes from sun damage.

According to KRCR, a local news outlet in Redding, California, a few patients visited a nearby clinic complaining of pain after they put sunscreen on their eyeballs during the eclipse on Aug. 21. They did this because they did not have protective glasses to view the eclipse, KRCR reported.

"One of my colleagues…stated yesterday that they had patients presenting at their clinic that put sunscreen on their eyeball," Trish Patterson, a nurse practitioner at Prestige Urgent Care in Redding, told KRCR. These patients had eye pain and were referred to an ophthalmologist, Patterson said. [27 Oddest Medical Case Reports]

So far, Patterson said she and her colleagues haven't seen any patients with eye damage from looking at last week's eclipse.

There are several ways to view a solar eclipse safety, but putting sunscreen on your eyeballs is not one of them. In fact, sunscreen labels usually warn users not to get the product in their eyes, because sunscreen can cause eye pain and irritation.

People who get sunscreen in their eye should immediately rinse their eye with water for 15 to 20 minutes, according to National Capital Poison Center, an accredited poison control center in Washington, D.C.

If you want to look at a solar eclipse, you need to use special eclipse glasses or solar viewers that contain solar filters, according to the American Astronomical Society. Without proper eye protection, looking directly at the sun can cause serious eye damage.